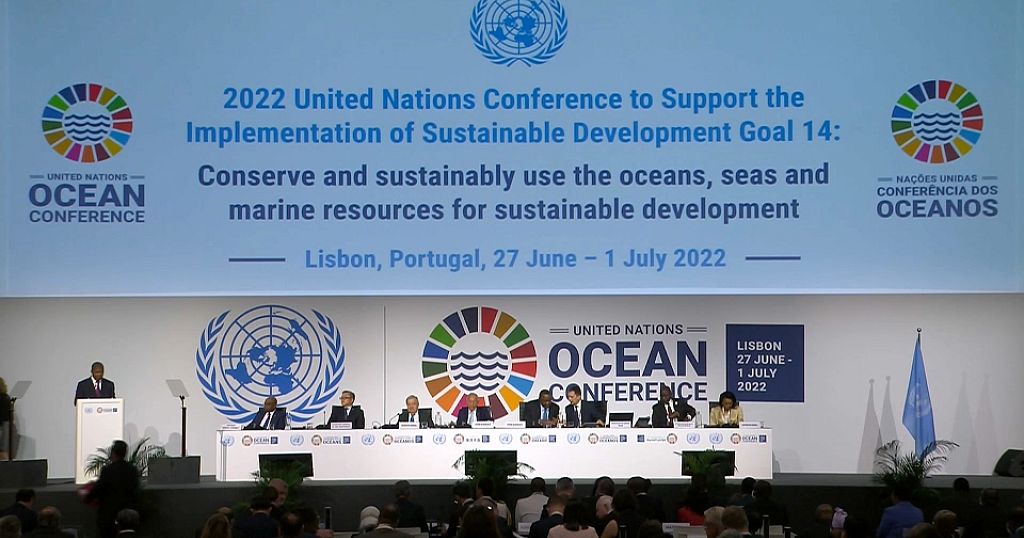 The urgency decreed in Lisbon can only be overcome if humanity manages to resolve different contradictions. For example, the deep-sea extraction of fossil energy resources collides with the preservation of the oceans.

There are policy-makers among oil-exporting countries aware of the need for new solutions.

Angola’s president João Lourenço, is one of them.

“Heads of State and Government, representatives of the scientific community, the private sector and civil society, will seek at this Summit to find answers to the growing need to implement new paradigms of sustainable exploitation of the immense resources that the Oceans place at our disposal, which we must seek to exploit in an increasingly sustainable way and preserve for future generations.”

Fossil resources are sources of wealth that no country can do without, as Mozambique’s Minister of the Sea explains, especially when they allow other development goals to be reached.

“Although we know that the issue of exploration of hydrocarbons, like other explorations that are done at sea, has some bad effects. No, if we don’t control the situations, we have other benefits that are related to our development indexes. Naturally, for a country like ours, we have to resort to these resources in order to overcome certain needs that are pressing in society”.

The balance is delicate but possible, although an energy paradigm shift is needed. Prof. David Johnson, is the coordinator of The Global Ocean Biodiversity Initiative GOBI. H

Oil and gas industry has been totally regulated.And biodiversity can coexist with sustainable operations if they are properly licensed with environmental impact assessment, he says. “And I understand in developing countries revenues are extremely important. I understand we are in a crisis of fossil fuel need at the moment. However, the bigger crisis, the bigger picture is the climate, is the effect it’s having on the ocean”.

To face this challenge, the action of political decision-makers or economic agents is not enough. After all, we are all energy consumers.