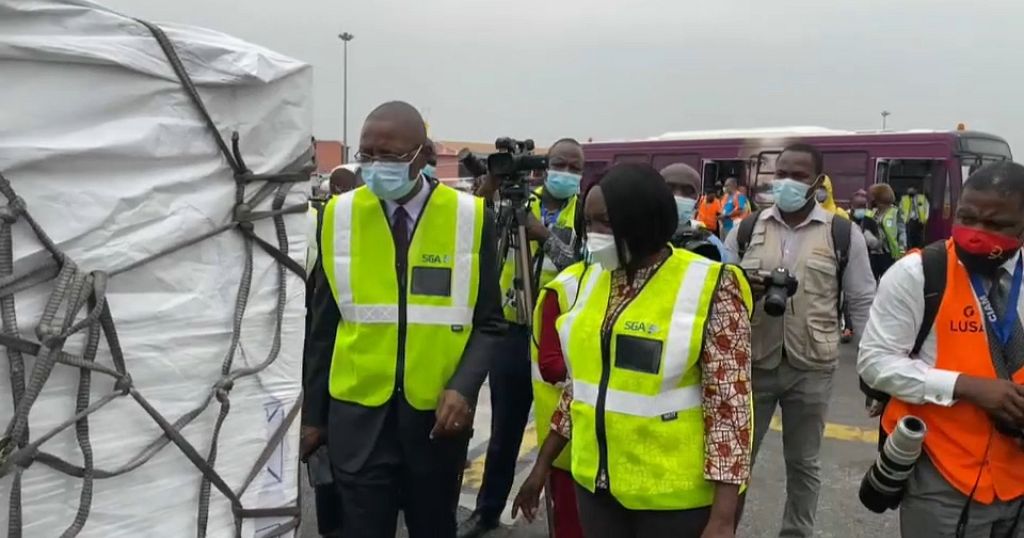 Angola on Tuesday received the first shipment of vaccines against Covid-19.

The southern African nation received 624 thousand doses of the vaccine developed by Oxford/Astrazeneca, manufactured in India and donated in the scope of COVAX, an initiative of the World Health Organization (WHO).

The COVAX initiative aims at providing fair and equitable access to middle and low income countries.

Angola with the vaccines became the third African country after Ghana and Ivory Coast to receive the COVAX shipments.

“We hope that, by the end of July, we will be able, according to the promise of COVAX, to receive the twenty percent of vaccines for twenty percent of the population that was promised, but the government also has its own initiatives” Angola’s Health Minister, Sílvia Lutucuta said.

The Vaccines central warehouse was also inaugurated in Luanda and the first doses were administered to 50 people. Beneficiaries included health professionals, defense and security bodies and patients with comorbidities.

WHO Representative in Angola Dr. Djamila Cabral said that “the delivery of vaccines to Angola represents the manifestation of international solidarity and a stronger hope to save lives, and to help economies and livelihoods recover more quickly”.

The Covax facility, run by the WHO along with health NGOs, is aiming to supply vaccines to dozens of countries in the first 100 days of 2021, and two billion doses by the end of the year.

Angola has so far recorded 510 deaths and counted 20,882 covid-19 cases since the pandemic began.