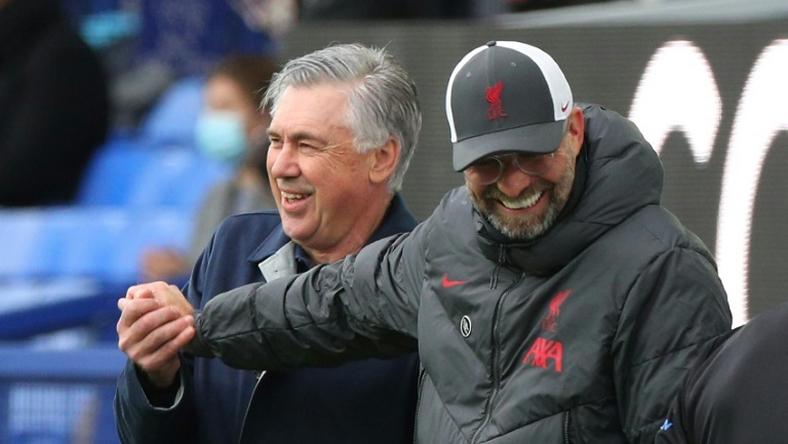 The Toffees last tasted victory against the Reds in 2010 and have not won away since 1999.

Until recent weeks the Premier League champions had looked invincible at home but they have lost their past three games on their own turf.

Ancelotti’s men are seeking a response after defeats against Fulham and leaders Manchester City, while Jurgen Klopp’s side got back to winning ways with a 2-0 Champions League victory over RB Leipzig in Budapest.

“It is a long time that Everton were able to win a derby and it can be the right time tomorrow,” Ancelotti said.

“But it depends on what we are able to do on the pitch tomorrow.

“I don’t think we feel pressure (of not winning against Liverpool for so long). I think we are better (now) compared to the past, so I think we can have more opportunity to get a result.”

The Italian said the lack of spectators at Anfield due to coronavirus restrictions had hurt Liverpool, who lost defender Virgil van Dijk to a serious injury in the reverse fixture in October.

“For sure they have lost the support of their fans, in this sense Anfield was one of the most difficult stadiums to play (in),” he said.

“The fact that the supporters are not there can be an advantage for the away teams.

“But it is all the same what happened to us and the other teams in this particular season where you cannot have the support of your fans.”

Ancelotti played down reports that Colombia playmaker James Rodriguez was unsettled and homesick.

“He is OK, he has no problem,” he said. “I talk to him every day, he is happy here, is confident and motivated.

“He had a little problem in the last few games with his calf, but now he is in a good condition. He really feels good here because everyone takes care of him, and that is it.”

Ancelotti added: “I don’t know if he complains about the weather, but we know that is not the best (here), but there are a lot of things good in this area.”