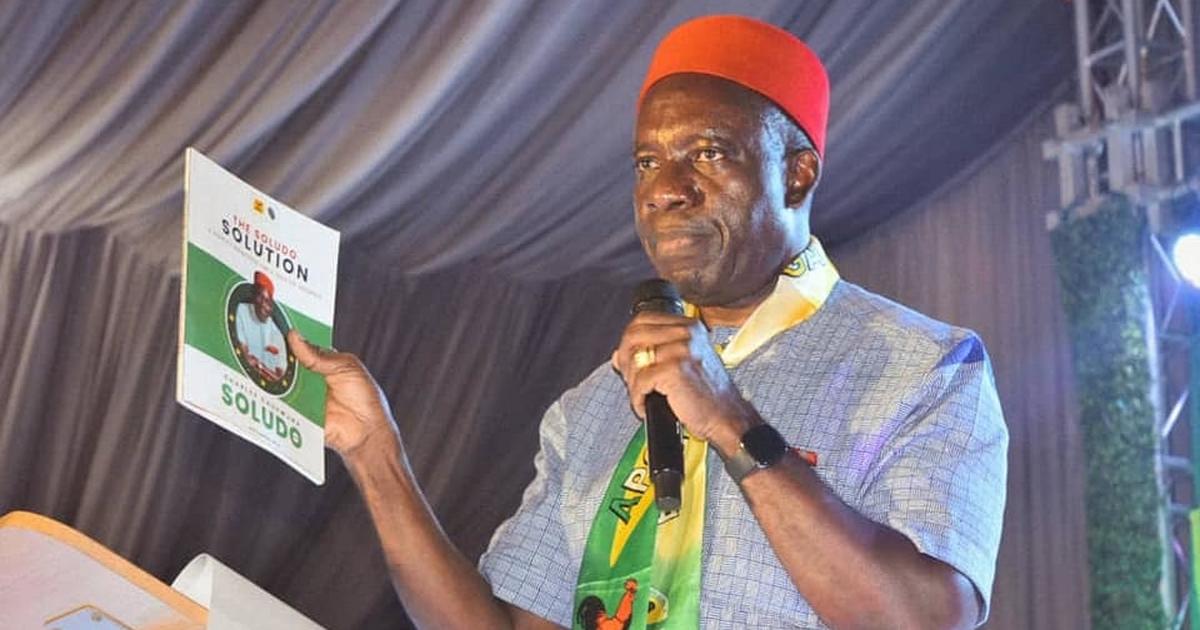 He said that some of the issues he raised addressed the concerns of Anambra masses, noting that the new governor needed enough political will to push them through.

The PDP chieftain commended Soludo for his drastic measures to check internal revenue leakages by evolving a more scientific collection model, adding that stopping all collection and cash payments was a good start.

“It is sad that as a state, we don’t know how much we earn as internally-generated revenue because touts and non-government actors are in charge. We are happy he has promised to re-organise the system.

“His promises are rich. It is too early to judge him, but we will hold him by his words.”

PDP, as a party, will critique him and keep him on his toes, in order to make him succeed. If he succeeds, Anambra will be better for it.

“We must get our revenue base and collection right, because that is what is needed to execute those lofty programmes,” he said.

Nwabuona blamed the breakdown of security in the South-East zone on leadership failure, even as he commended Soludo for proposing a dialogue approach addressing the challenge.

According to him, it is important to separate agitators from criminals in order to address the spate of insecurity which has worsened, in spite of the continued use of force.

He called on other governors in the zone to join Soludo in his bid to chart a new course for economic and transformation of the zone.

According to him, his plans for addressing the security challenge are laudable, adding: “I hope he can push it, because what has been lacking here is leadership.

“We are Anambra people. We want a working state. As citizens and politicians, we shall continue to provide constructive criticisms to the government,” he said.

NAN reports that Soludo was sworn-in on March 17 after the expiration of the eight-year tenure of his predecessor, Chief Willie Obiano.