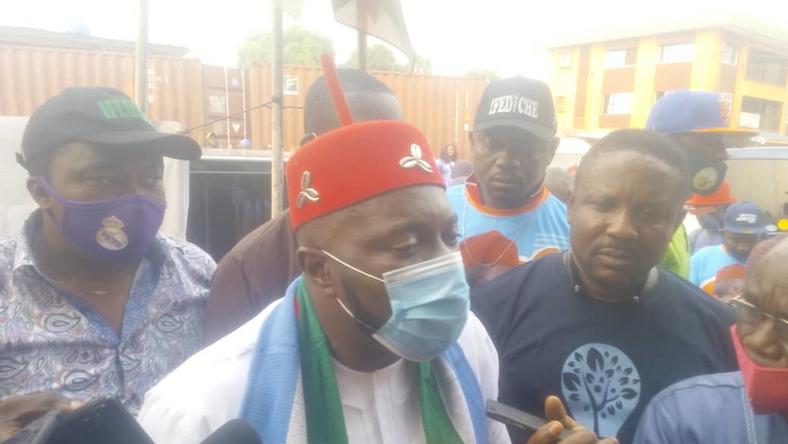 Onunkwo made the formal declaration at a meeting with the State Working Committee of the party at its office in Awka on Friday.

He said he was at the party Secretariat to inform them that he would join other aspirants in the APC primary election and expressed hope that he would clinch the ticket.

He tasked the party leadership on free, fair, just and acceptable primary in which every contestant would have equal advantage as only that would guarantee the support of others for the eventual winner.

Onunkwo said he was in the race to provide answers to the leadership question in Anambra assuring the party that he would serve the people above himself.

“Once the primary is free, fair and credible, I will work with the party as a strong party man, I have done that in the past.

“Anambra is craving for credible servant-leaders, the state is looking for a good man and I can assure you that Anambra is electrically aware,” he said.

Onunkwo said the APC controlled federal government had increased the viability of the party in Anambra and the entire South East through its physical infrastructure in the area and social welfare programmes for Nigerians.

He said at a personal level, he had been touching lives in many areas as a philanthropist and that his ambition was to serve people better.

Onunkwo is an indigene of Umuchu in Aguata Local Government Area and a graduate of Mechanical Engineering from the Nnamdi Azikiwe University.

He has interest in Oil and Gas with 17 years experience.

The aspirant was welcome by Chief Basil Ejidike, chairman of APC and members of his team who assured him that the party was going into the election as one United entity.

Ejidike said that the party would conduct its affairs in line with best principles.