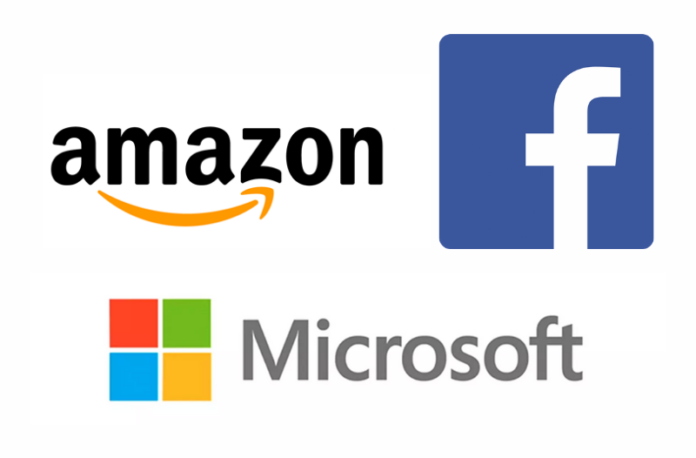 Amazon, Facebook and Microsoft revenue grew by 35%, 17% and 13% respectively during the first nine months of 2020. On the other hand, Alphabet’s (Google) revenue increased by 9% and Apple’s revenue was up by 4% during the same period.

According to the research data analyzed and published by Comprar Acciones, Apple was the only one to post a revenue decline. The three tech giants (Amazon, Microsoft and Facebook) generated a cumulative $152 billion in Q3 2020.


However, there was a 20.7% decline in iPhone revenue due to the delayed launch of iPhone 12. New models typically launch in September but due to the global pandemic, this year’s release was pushed to October. Alphabet, which is Google’s parent company, posted $46.2 billion in Q3 2020 revenue, a 14% increase YoY. Its performance was boosted by ad revenue which totaled $37.1 billion.

Facebook’s revenue soared by 22% YoY to reach $21.47 billion. From this figure, ad spending accounted for $21.22 billion. Ad reach increased by 134.9% YoY in North America while global cost per click grew by 42.4% YoY. Notably, during the period, it lost 1 million monthly active users (MAUs) and 2 million daily users in top ad markets US and Canada.