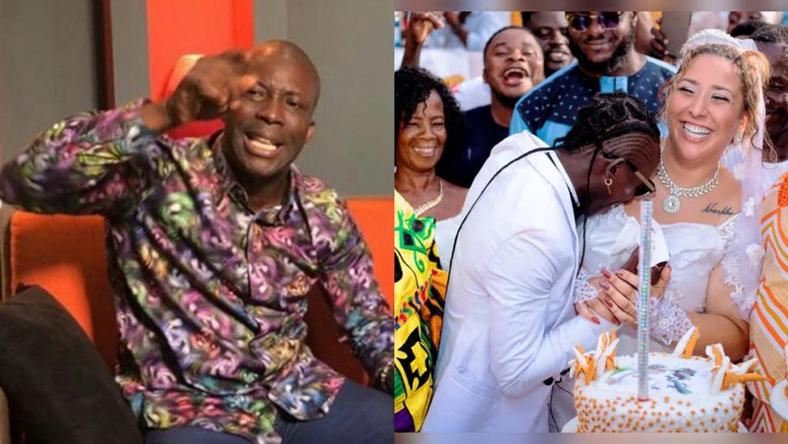 The outspoken prophet was reacting to comments about Patapaa choosing to marry his wife who happens to be a German. Speaking in an interview with Kastle FM, he said: “Every hole is a hole so everything that Patapaa expects to see in a woman he’ll definitely find it on his white lady“.

Speaking about marriage, he added that “As for marriage when you marry even an angel and that angel hasn’t got a good character the marriage will never last. So it’s all about both Patapaa and the white woman bringing their good characters onboard to make sure the marriage becomes sustainable“.

Patapaa and Liha got married on the 2nd of January 2020 at a ceremony which took over the internet – watch highlights from their marriage ceremony below.