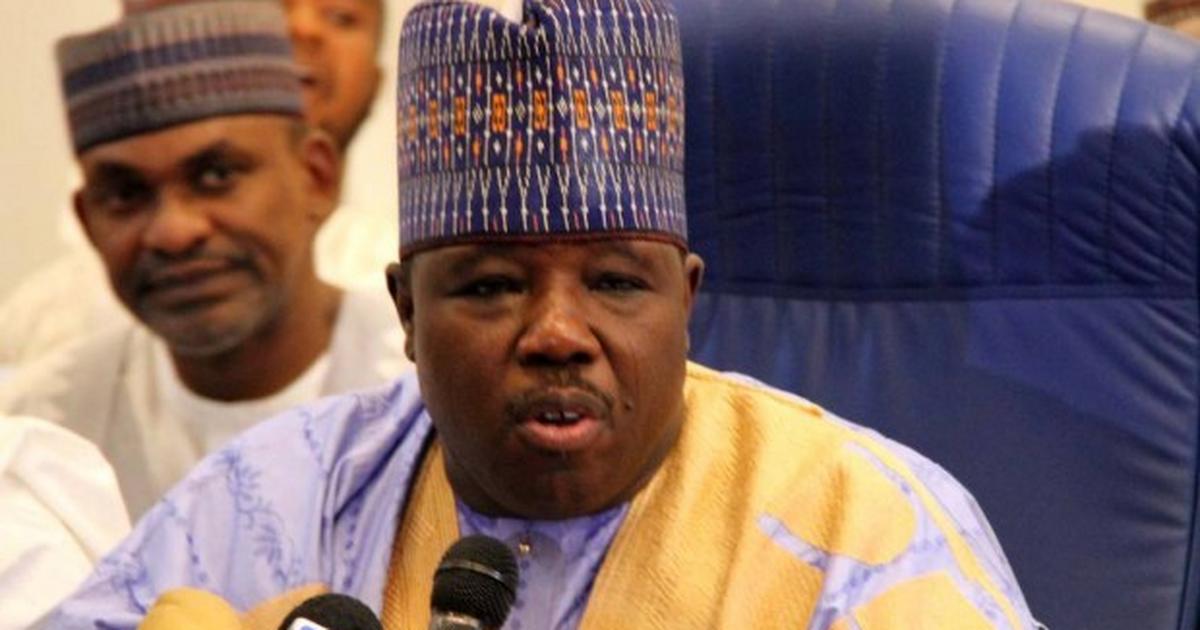 He added that he decided to withdraw from the race as a party man who respected the rule of law and the party’s leaders.

“I am sure that most of you have been following the trends of activities of our party, the APC within the last 10 days or so.

“The party has taken a position that the position of its national chairman should go to the North Central, meaning it is exclusively zoned to contestants of the zone.

“The President is the leader of the party and he has taken a position. I have always told you that I will contest if the position is zoned to my zone.

“That has been my statement always, and today they have taken a position. I respect the president as a person and as a president, he is my leader, therefore, I do not want to oppose him in any way or form,” Sheriff said.

The former Borno governor added that the president and the party’s leaders must have a reason for allowing the zoning of its chairmanship to the North Central.

“I have led a party: the Peoples Democratic Party (PDP), I am a founding father of this party. I was the Chairman of Board of Trustees (BoT) of the All Nigerian People Party (ANPP),” he said.

He added that he therefore, knew the procedure and processes of a political party.

Sheriff while saying that he would abide by the party’s decision to exclusively zone its chairmanship position to the North Central, added that this was however, not a final decision.

According to him, he may still contest in case if the party rescinds its decision between now and Friday, and throws the race open for all.

He explained that normally, zoning revolved around an individual, adding that it was however, not done in a vacuum.

“And in party Congresses and Convention, there is what is called a unity list, on the last day of the convention, when the leaders make up their mind, they will bring out one list.

“And in that respect, the list will be followed by the participants because parties are made up of men and women who are also coming from the zones and states,” he explained.

Sheriff maintained that he would, however, not offer himself for an election that had clearly been zoned out of the North East.

He thanked the party members, stakeholders, and Nigerians generally, who had been with him through his campaign across the country in the last two years.

According to him, his campaign has resonated all across the country with a lot of people showing interest.

He further explained that he was withdrawing from the race because he wanted to follow the rule of law, saying that it was not correct for anybody to do otherwise.

“I Ali-Modu Sheriff, will not offer myself for the contest of the APC national chairmanship position slated for Saturday, March 26, because it has been zoned out of my zone.

“I am from the North-East. North Central where the position had been zoned to is made of Kogi, Kwara, Benue, Nasarawa and Plateau, these are the places where the party’s next national chairman will come from.

“Borno is North-East of Nigeria. I want you to communicate to all our followers, men and women across the country so that they do not expect to see my name on the ballot paper.

“But if the party changes its mind between today and Friday and says everybody can contest, within 12 hours one can fill a form.

“But as long as the position is zoned to the North Central. I’m not going to be party to that,” he stressed.

The News Agency of Nigeria (NAN), reports that the APC National Convention had been slated for March 26, to elect new national executives to manage the party’s affairs.

The party is currently being managed by a Caretaker and Extra-ordinary Convention Planning Committee (CECPC).

So far, seven aspirants had bought the APC Expression of Interest and Nomination forms at the cost of N20 million to contest its national chairmanship position.

The aspirants include: Malam Saliu Mustapha, a former Deputy National Chairman of the defunct Congress for Progressives Congress (CPC), and George Akume, Minister of Special Duties and Inter-Governmental Affairs.

Others are; Sen. Sani Musa, Tanko Al Makura and a former Governor of Zamfara, Abdelaziz Yari, among other aspirants, who have also purchased the forms.