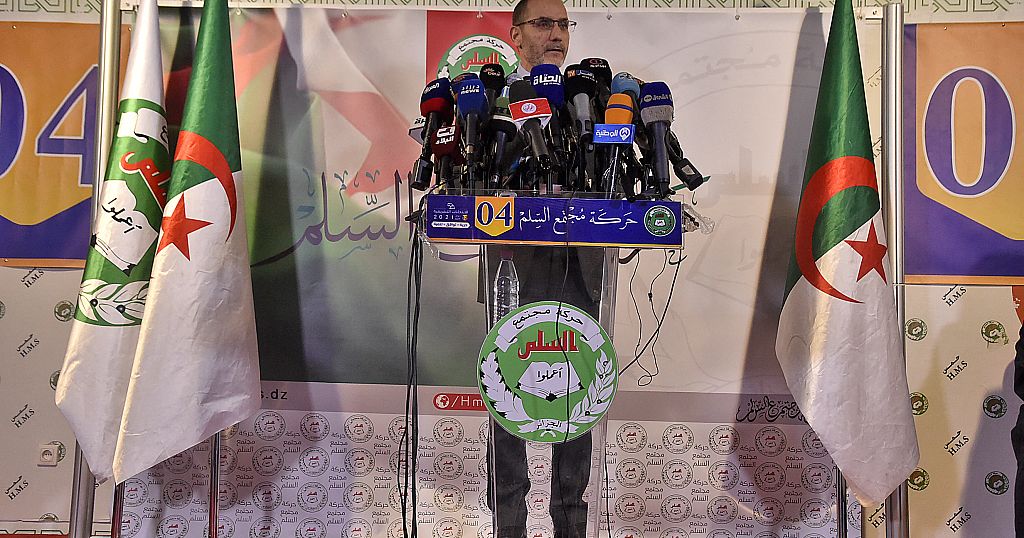 Leader of Algeria’s Islamist party, known as the Movement of Society for Peace (MSP) has said his party is ‘’very satisfied’’ with results of the elections.

Abderrezak Mokri was speaking at a press conference at his party’s headquarters in the capital Algiers Wednesday.

Over the weekend, the country’s long-dominant National Liberation Front party won the legislative polls, but with a significantly reduced number of seats.

The electoral board said Tuesday the civic exercise was the country’s lowest ever turnout at 23.03%.

But Mokri said the results puts the party ‘’in a good position’’.

“We are very satisfied, as we are in a position that allows us to perform a lot of movements and to work in a lot of different directions. God, the Algerian people and the voters have put us in an extremely comfortable position, which allows us to be of service to the country and to develop and expand our movement without any problem”, leader of the Movement of Society for Peace party said.

On a supposed government proposal, the MSP said: “We need a strategic dialogue to build the country, and we will study this proposal and assess its seriousness and realism, and submit it to the constitutive council, which will take the decision”, Mokri said.

The vote was shunned by the long-running Hirak protest movement, and followed a string of arrests of opposition figures in the north African nation. Police heavily deployed in Algiers to pre-empt any attempt to hold rallies.

Only 5.6 million of more than 24 million eligible voters lodged a ballot at Saturday’s polls.

Ahead of the official results, the MSP had said its candidates were in the lead in most regions, warning against “numerous efforts to alter the results”.