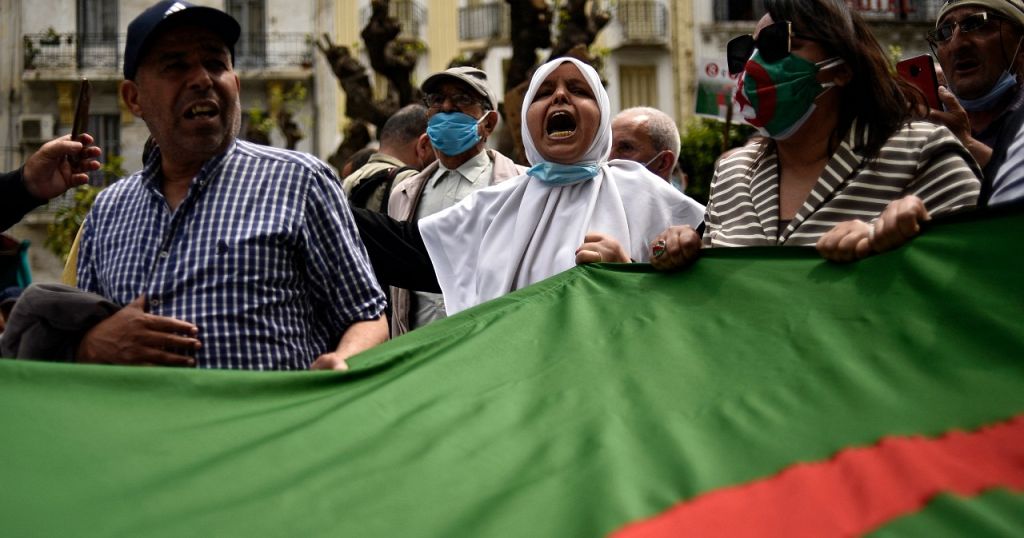 Protests have been a thorn in Algeria’s government’s side for two years but on Thursday the government toughened its stance by warning trade unions against “exploitation” by “subversive” groups.

It comes as the government wants to quell the social crisis ahead of elections on June 12 and just days after 230 firefighters were suspended for demonstrating for wage and better conditions.

The Interior Ministry described the firefighters’ demonstration as a “plot” fomented by “parties hostile to Algeria”.

Influential army magazine El Djeich warned earlier this week against “fomented and suspicious strikes”, noting that “national security is a red line” ahead of the legislative polls.

Algeria has been hit by food shortages, soaring prices and unemployment at 15 percent.

The economic crisis has been fuelled by the drop in oil revenues and the political deadlock since the pro-democracy Hirak uprising which was sparked two years ago after former president Abdelaziz Bouteflika tried to stand for a fifth term in office.

The demonstrations ultimately forced him to step down.

But the protesters have continued demanding an overhaul of the ruling system in place since Algeria’s independence from France in 1962.

The Hirak has called for a boycott of the June elections.