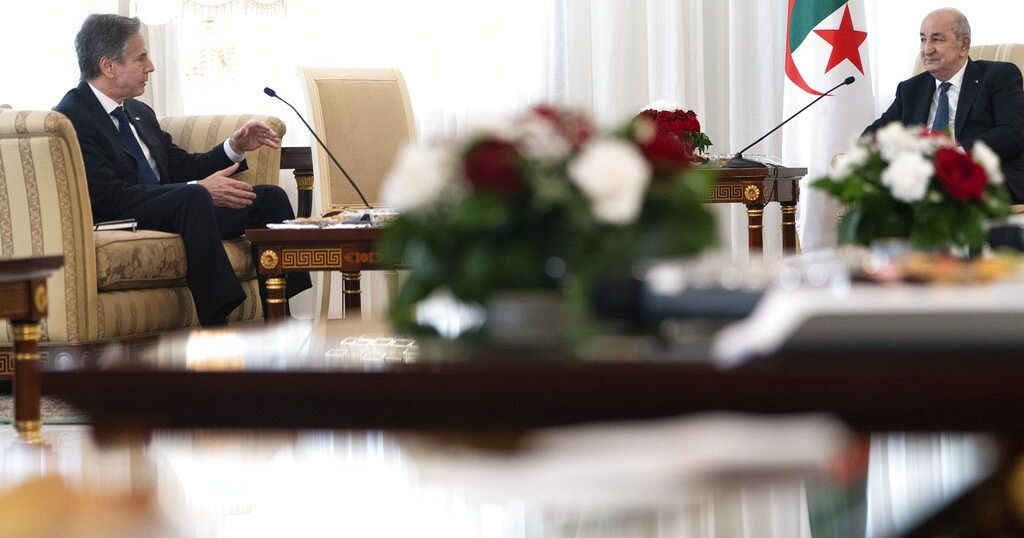 US Secretary of State Antony Blinken arrived in Algeria on Wednesday amid calls for the country to boost gas exports to Europe after prices soared following Russia’s invasion of Ukraine.

The visit is the latest stage of Blinken’s Middle East tour that has already seen him visit Israel, the West Bank and Morocco.

It’s thought he may use the trip to urge Algeria to reopen a pipeline that carried Algerian natural gas through Moroccan territory to Spain, to help European countries reduce their energy dependence on Russia.

The GME pipeline closed last year after Algiers declined to renew a 25-year export deal following a spike in tensions with Rabat.

Algerian media reported earlier this month that the government had rejected a request by Blinken’s deputy Wendy Sherman to re-open the conduit.

Blinken has emphasized U.S. solidarity with Ukraine as he meets with leaders and diplomats to discuss other issues.