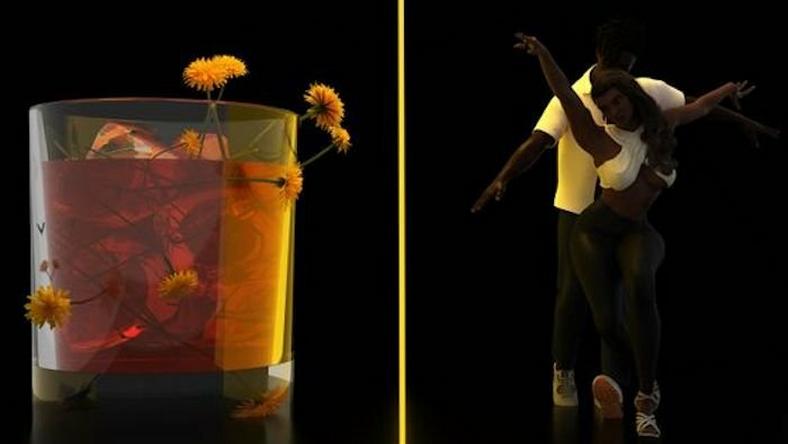 The music courses through their veins like freshly produced blood from a healthy bone marrows. With his excellent releases, famed pen game and chameleonic deliveries over the past three years, one could argue that Peruzzi belongs in that elite class.

While Peruzzi has the lamba of a more contemporary act, he has the soul of a 2000s Afro-pop star who got fed by the 90’s and this is proven by his dexterity and flexibility.

On April 9, 2020, he released the 20-track album titled, Rum N’ Boogie. It is his fourth body of work in under three years. The album represents the depths of Peruzzi’s talent, his dexterity and his flexibility. As much as possible, he also tries to showcase with the diverse, nigh experimental range of music on the album.

In other terms, ‘Rum & Boogie’ might not just be an Afro-pop album, the density of this sonic/sound/genre blending/experimentation screams ‘Hyperpop.’

Across the album, Peruzzi explores avant-garde genres like Mambo on ‘Telepot,’ Konto on ‘Girlie,’ Folk on ‘Baddest’ and Reggae-Fusion on ‘God Forbid.’ Even on a pop record like ‘Somebody Baby,’ production features a distinctive bass Arpeggio.

Peruzzi then deserves commendation for a piece of detail that most people will overlook. ‘See Love’ is driven by Peruzzi’s “[refusing] to Shalaye” and “Shalaye” is the first word that was said on the following track, ‘Somebody Baby.’

While the foregoing is a credit to Peruzzi’s adaptability, it also presents Peruzzi as a 2000s act in a 2010s/2020s landscape, and it feels like a mismatch.

The expansive sonic range of this album is due to Peruzzi’s need to express his inner fabric as an artist.

Describing the album to Cuppy on Africa Now, off Apple Music, Peruzzi says that, “The rum part is for like all the emotional songs, the love songs and stuff. And then, the boogie part is basically what people have not seen me do before, like me trying new things. Your up tempo days all the way straight to the club.”

Across the album, Peruzzi also continues to work on his mainstream appeal. While he sang more in Igbo across 2020, this album sees him sing in a lot of Yoruba. He even infuses Fuji influences on the super-amazing ‘Color‘ featuring Setup.

He strategically uses a lot of Christian references in a country with a high religious leaning and also employs proper lamba/shepeteri energy on the spectacular ‘Call.’

However, the album often veers away from welcome experimentation into the land of an over-saturation. While ‘Rum & Boogie’ has no poor records, it has quite the high count of throwaway records – especially on the Rum side.

With significant Afro-House/Amapiano influences, the Boogie side contains some potential bangers, seldom has any skips and it should have been the entire album, with the addition of records like ‘Juba,’ ‘Somebody Baby,’ ‘See Love’ and ‘Matrimony’ from the ‘Rum’ side.

Peruzzi gets inspired from his fellow artists on some tracks. On ‘Telepot’ and ‘Color,’ he introduces himself as “Wa wa wa,” a chant that’s peculiar to MAVIN act, Crayon. The adlibs on ‘Color’ are also borrowed from ‘Girls’ by Falz. However, ‘Kalakuta’ cried for a verse from Prettyboy D-O or Blaqbonez.

While the length of this album – which stands at 20 tracks/one hour and two minutes – might be a streaming strategy/ploy for numbers, the album is still too long.

More importantly, Peruzzi’s talent and his consistent quality requires better PR and reimagined brand identity. He recovered from the negative PR with his rebirth on comic skits, now he needs that level of imagination to endear himself to the Nigerian mainstream.

Over the past three years, Peruzzi has produced around five or six tracks that could have been groundbreaking hits, but they never got there. It means something is wrong somewhere.

On ‘Rum & Boogie,’ he’s produced another selection of potential smash hits, but he needs to reimagine his strategy and get his hands dirty. Again, his level of talent deserves those smash hits. DJ, abeg knack ‘Available,’ make boys groove.