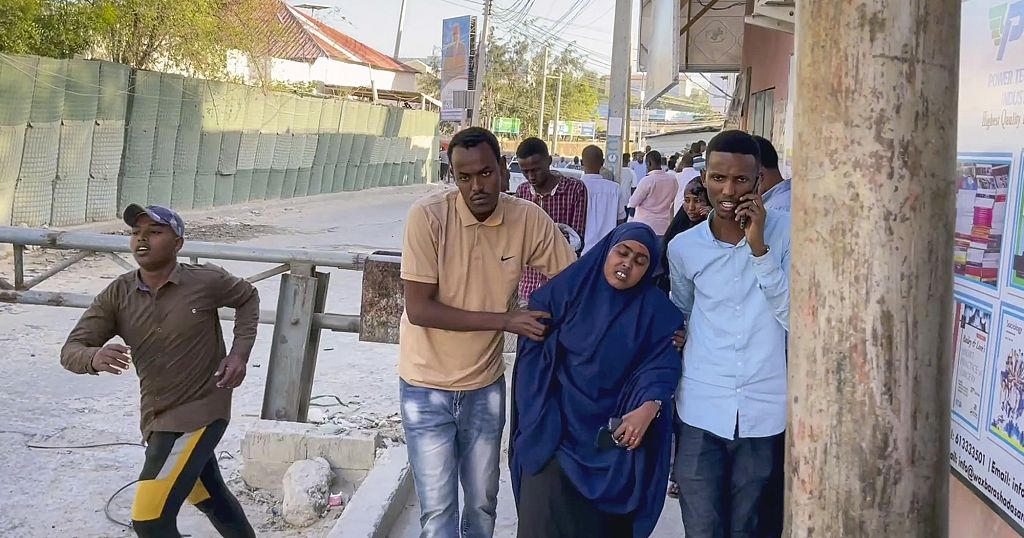 As the smoke rises from the site of the blast, Mogadishu was once more rocked by fighters of the Al Qaeda linked Islamist group al Shabaab.

On Sunday afternoon, as armed militants neared a checkpoint on the road leading to the international airport, an al Shabaab militant detonated explosives, causing panic in the area.

Gunmen then stormed the Afrik Hotel, a popular meeting point in central Mogadishu, frequented by many officials, members of the security forces and community leaders.

5 people died in the attack, amongst which retired Army General Mohamed Nur Galal, a former Defense Minister known by many in Somalia as a war hero.

3 militants were killed as security forces arrived on the scene, with a fourth dying in the initial detonation.

The attack comes at a crucial time for Somalia, as the country was scheduled to hold indirect parliamentary and presidential elections before February 8th.

But with political disagreements meaning two regions won’t take part in the vote, political instability may once again worsen in Somalia.

The Ugandan woman who lost her job to Covid