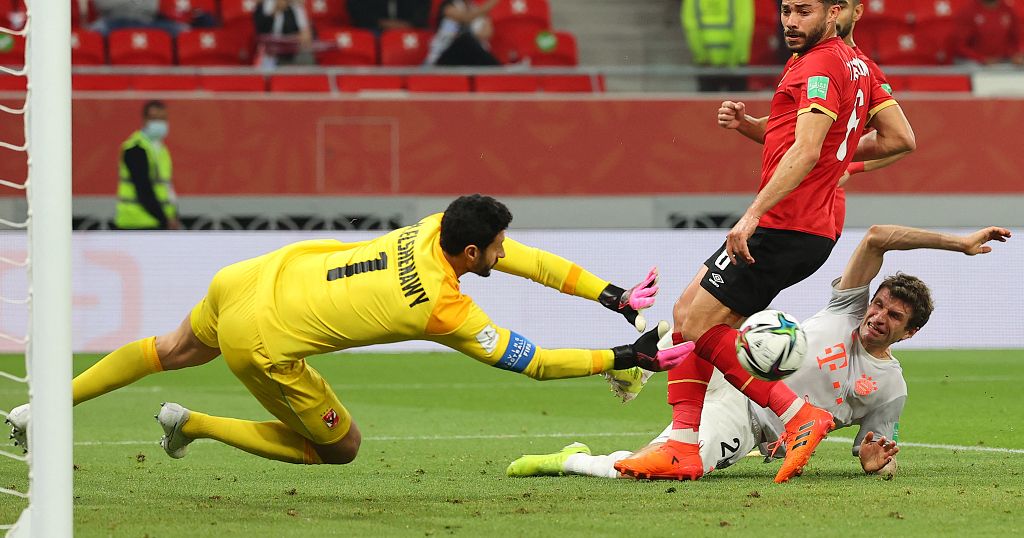 Nicknamed the “African Club of the Century” (because they are the record African Champions League winner), Al Ahly was quitre impressive against overwhelming european champions FC Bayern.

FIFA legends Mascherano and Julio Cesar lauded the African club champions and spoke glowingly of the quality of Egyptian football.

“They left a very positive impression on how Egyptian football has evolved in recent years. Watching Al Ahly yesterday (Monday against Bayern Munich) shows that Mo Salah is not a one-off, but rather proof of the good work done by Egyptian football when it comes to developing players and being more competitive. And they will surely continue in this way over the coming years.” said Javier Mascherano, the former Argentina, Barcelona and Liverpool defender.

“We were able to watch a brave team play against Bayern Munich – creating opportunities, mainly with the counter-attack. But, as we said earlier, Bayern Munich are one of the best teams in the world, and maybe the best at present. But, you can be sure also that Palmeiras will work hard to try to win that third place – without a doubt. They have all that is needed to play a great game. I was talking the other day with Kaka that we felt admiration towards Egyptian teams. We had the chance of playing against the Egypt national team back in 2009 during the FIFA Confederations Cup (with Brazil) and we were greatly surprised. Egyptian football has evolved greatly – the same way with other footballs teams around the world. And, in turn, that generates more passion for soccer globally.”

Al Ahly face Brazilian side Palmeiras on Thursday, with the third place in the FIFA Club World Cup at stake. This will be the first time the two clubs have met in a competitive match as the Egyptians go in search of the Club World Cup bronze medal for the second time in their history.

Al Ahly lost 2-0 to Bayern Munich in the semis – and are not well fancied to defeat the South Americans.

But in football, “never say never, anything can happen and it is not over until it is over”.