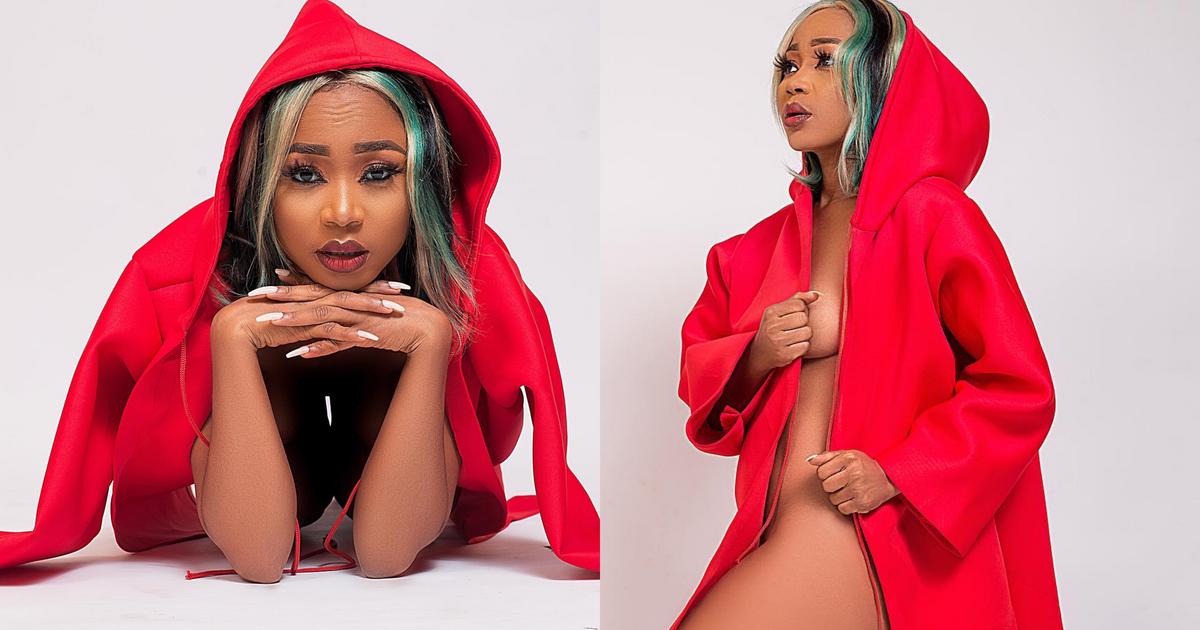 According to her, Akuapem Poloo was picked up few minutes ago and she is being currently sent to the headquarters of the Domestic Violence and Victim Support Unit around the Ministries in Accra.

Akuapem Poloo posed naked in front of her son while her son was wearing only underpants and posted it on her instagram page on Tuesday June 30, 2020 to celebrate her son birthday, Nkonkonsa reports.

The photo went viral instantly and sparked outrage on social media leading to a debate as to whether she had done the right thing or not.

After the post went viral, it was reported that Child Rights International petitioned the CID to act over the matter since Akuapem Poloo had violated some laws and also breached some Child Acts.

Based on the report by Child Rights International, the Police CID invited Akuapim Poloo for questioning and according the Police, she agreed to report herself on Wednesday, July 1, 2020 but she refused to honour the Police invitation until her arrest today Monday July 6, 2020.

However, the authorities would have none of that as she has been taken to DOVVSU’s headquarters in Accra for questioning.

The reason for her arrest is still not clear and no official charges have been levelled against her yet.