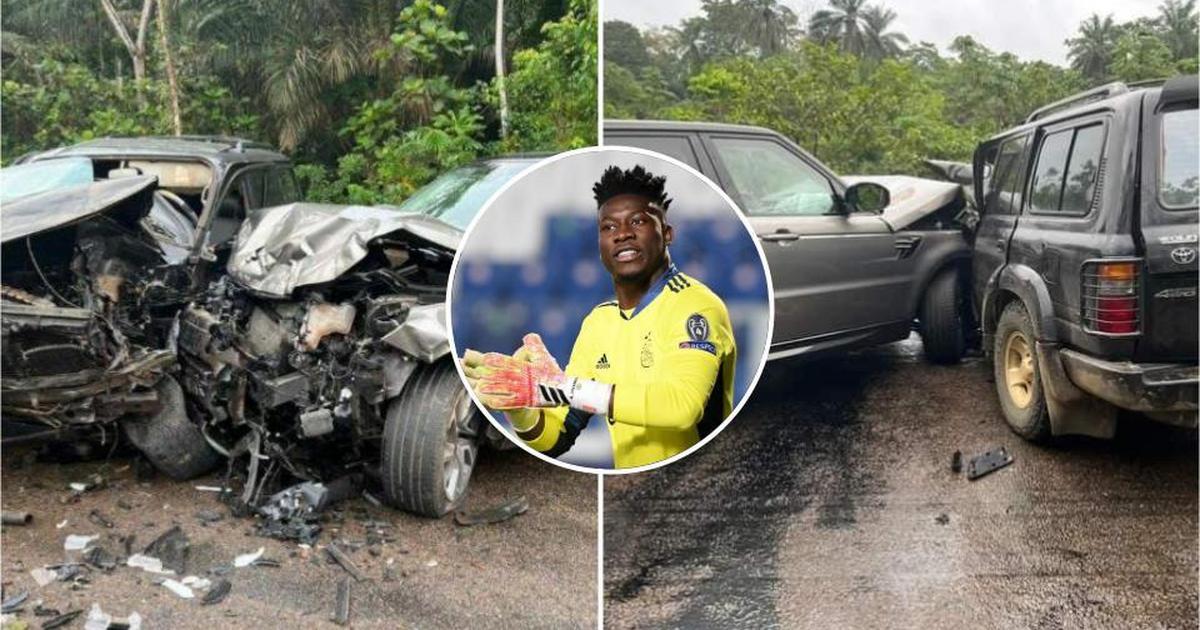 According to a source, it was a three vehicle crash at about 7:45 a.m on Tuesday morning.

In a video posted to Twitter, Onana looks rather shocked, but still manages to crack a smile as he discusses with bystanders at the scene of the accident.

Although Onana escaped unhurt, reports indicate that his brother, who was behind the wheel, sustained some minor injuries.

The 25 year old Onana is expected to start in goal for Cameroon’s crucial World Cup qualifiers against Algeria on Friday March 25.