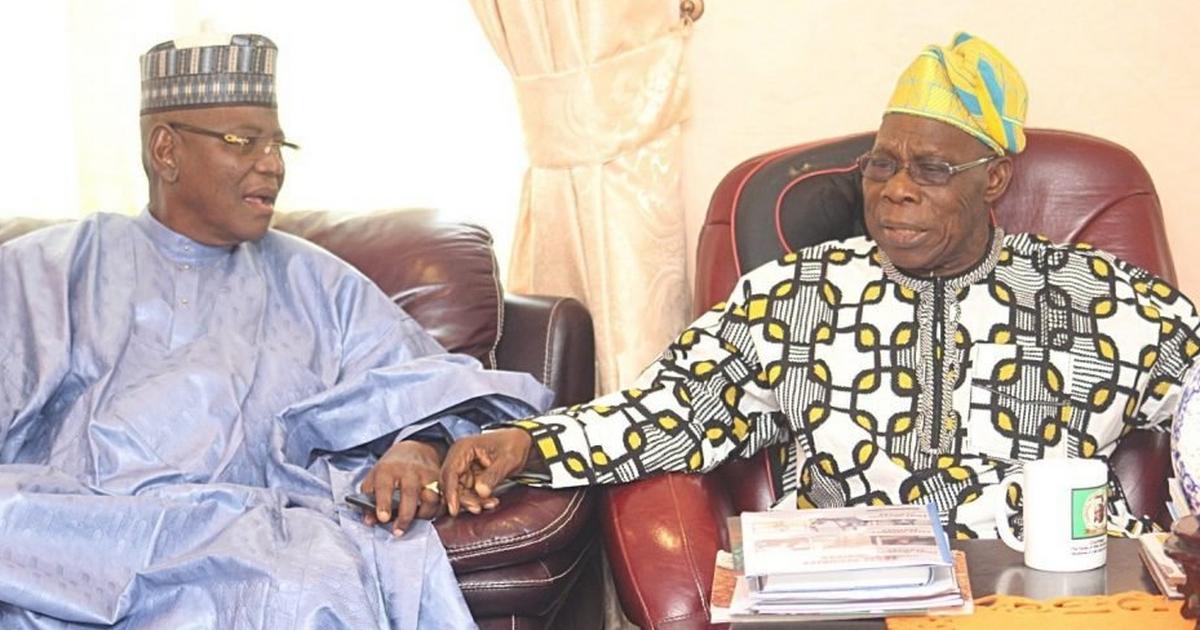 Lamido visited the former president at his Olusegun Obasanjo Presidential Library Pent House residence, where they held the meeting for hours.

The meeting reportedly has to do with the forthcoming convention of the Peoples Democratic Party (PDP) primaries ahead of the 2023 presidential election, as Lamido is believed to be eyeing the presidential ticket of the opposition party.

At the end of the meeting, the former governor said Nigeria is bleeding because ‘nobody is safe again.’

He added that Obasanjo, despite the current state of the country, has reinforced his faith in Nigeria.

Lamido said this in a statement released by the Special Assistant on Media to the former President, Kehinde Akinyemi.

The statement reads in part, “Lamido who declared that the country is bleeding, however, said that his meeting with Obasanjo reinforced his faith in the country.

“How do we remain safe is the biggest problem and challenge now in this country because now, nobody is safe again. Imagine, kidnapping three workers of Baba, a former President of the country? Who is safe again?.

“I have come to visit my father and leader and my everything after a very long time and I met him in a very high spirit and good health.

“But, he told me that he’s now aging and I responded that he’s not because we still need him in this country. And he said, Sule, I will do anything for Nigeria. That is very inspiring. That is why I like him and this reinforces my faith in the country -my Nigeria”.

“We discussed a number of issues, particularly on Nigeria, that he so loved. Honestly, no matter how down we go, we’ll rise again. But, obviously, it is bleeding now. It is bleeding.”