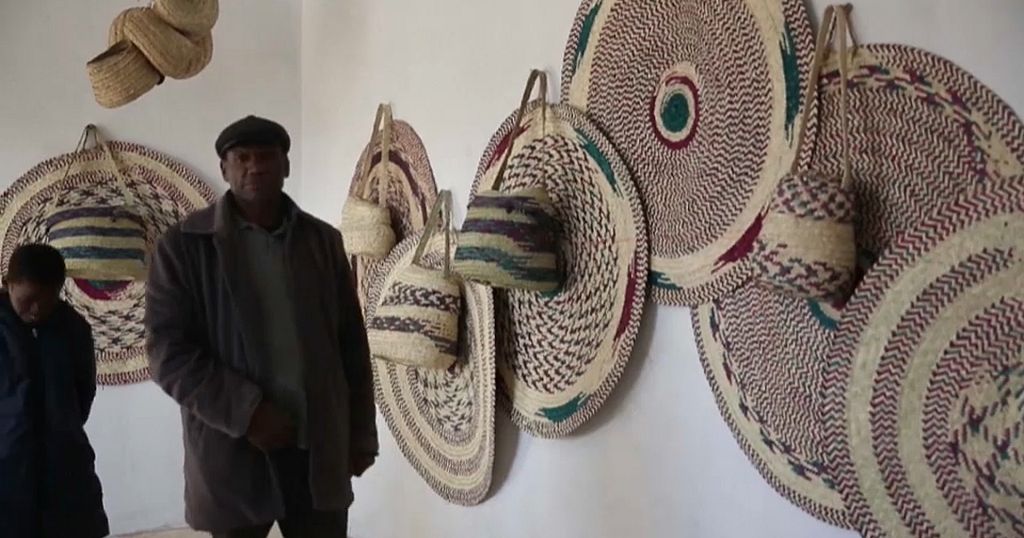 Basketry — the intricate interlacing, tying and braiding of dyed and dried palm leaves into baskets, trays, carpets and wall decor, is a thousand-year-old tradition in Tuareg — a town of Afro-descendants, in the Northern region of Libya.

Cultural heritage passed down through generations, the art form which requires on average 16 hour days of dedicated fingerwork, is also very lucrative in its own right.

“This craft belonged to our ancestors. We hope, as long as we are alive, to teach it to our children, because it provides a sufficient income, and thanks to this, we don’t require the help of anyone.”

The amount of basketwork in Tauareg is unknown and it appears that the craft is starting to disappear. Nevertheless, a workshop organised by the International Organisation for Migration and a local association, basketry artists like Halima have perfected their techniques.

In recent years, Tuareg has been in turmoil as the city was accused of having participated in the siege of the neighbouring revolutionary town of Misrata (40 km further west), and of having committed massacres and abuses there under the orders of leader Muammar Gaddafi’s regime in 2011.

As such, the 40,000 inhabitants of Tuareg – mostly ethnically Afro descended of enslaved Africans, have been the subject of reprisals by the revolutionary militias. Banished, their houses destroyed or burned, they were locked up for years in camps in the country.

The “punishment” of the residents aroused some indignation in the international community but little has been done to fully address the ongoing and unresolved lingering effects of the region’s politics.

After a reconciliation sealed in June 2018 with Misrata under the aegis of the Government of National Unity (GNA), based in Tripoli and recognized by the UN, some people of Tuareg returned to their city – encouraged by the commitment of the executive to compensate them.

However since then, only a third of the inhabitants have returned and much of the city is still in ruins – disfigured by the craters left by shells and bullet impacts.

For those who have returned, such as Halima Mohamad, who was exiled for about seven years, the resumption of basketry allows them to have a small income while reconnecting with their past.