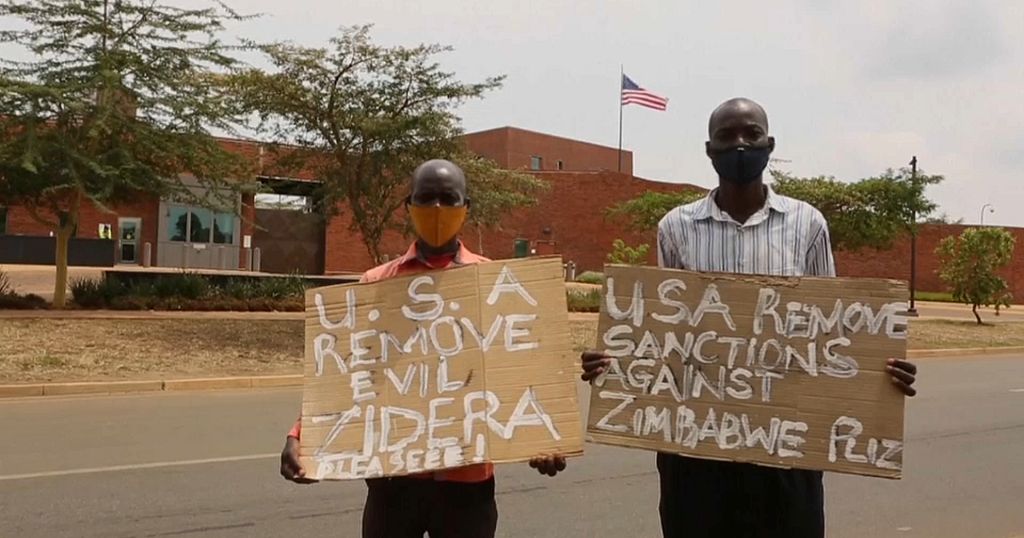 Residents of the Tanzanian capital were questioning the United States’ so-called “model” of democracy on Thursday as the US President Trump insisted – without any actual evidence, that there were major problems with the voting and the ballot counting.

Samir Kiango, a Dar es Salaam resident, wants some answers, “We are asking ourselves why is the US democratic process appearing so fragile when it is meant to be held up to us in the rest of the world as a beacon of perfect democracy?”

Peter Kagwanja, a policy expert on governance, security and African affairs, believes that democratic aspirations on the continent could be challenged by the US President’s “belligerence.”

Supposed Leader of the Free World?

In Zimbabwe protesters outside the US embassy demanded an end to sanctions imposed about two decades ago. With tents pitched outside the embassy in the capital Harare, the group, calling itself Broad Coalition Against Sanction has been camped there for 600 days.

Sally Ngoni, Spokesperson for the group, expressed her stance, “Whoever wins these elections should actually change their foreign policy towards Zimbabwe and remove these illegal embargoes that they put on our nation and consider that these sanctions are actually hurting ordinary citizens and they haven’t benefited the ordinary citizens in any way, they haven’t benefited the Americans in any way. So they should just remove these sanctions.”

Is Biden Any Different?

Others are waiting to see how Joe Biden would approach Africa if elected.

Dirk Kotze, a professor of political science at the University of South Africa, shared a few words, “We know what President Trump is and that is, he has made very nasty comments about Africa that some places are… I don’t want to repeat it here. We don’t know much about Joe Biden in terms of an African approach or African policy. They have not paid any attention to that during their election campaign. So it will be a wait and see the situation for African countries specifically for South Africa of what will be their approach.”

Mixed feelings, questions, concerns and even indifference as far as the still unknown elected US President’s politics on Africa.