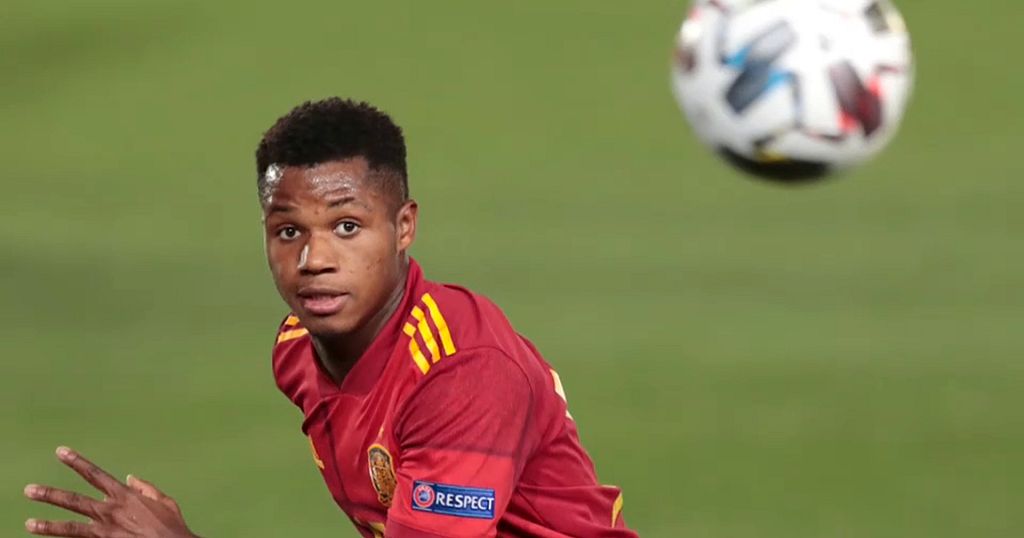 Riyad Mahrez, hailing from Algeria – the Manchester City star has tested positive for coronavirus, according to the club’s spokesperson. Although asymptomatic, he is currently self-isolating.

The 29-year old 2016 Best African Player titleholder, is due to begin the Premier League season with the team’s first fixture on September 21st. As yet, it is still unclear as to when he contracted the virus and whether he will be able to play.

Ansu Fati, the football prodigy born in Guinea Bissau, broke a 95-year record after only 311 days – as at just 17 years old he has become the youngest ever goal-scorer of the Spanish National Team.

He made his historical mark in the winning 4 nil match against Ukraine in the UEFA Nations League on Sunday.

After he became Barcelona’s youngest goalscorer in La Liga last season and the youngest to ever score in the European Champions League, he is viewed by many as the next Lionel Messi.

Cedric Bakambu continues to shine in China. The Congolese striker added a new goal to his 2020 collection a week after scoring 4 goals in a single game.

Despite a 2-goal lead against Wuhan Zall, his team Beijing Guoan had to concede a 2-2 draw. This was thanks to a late equaliser from the other African star of the league, Ivorian striker, Jean Evrard Kouassi.