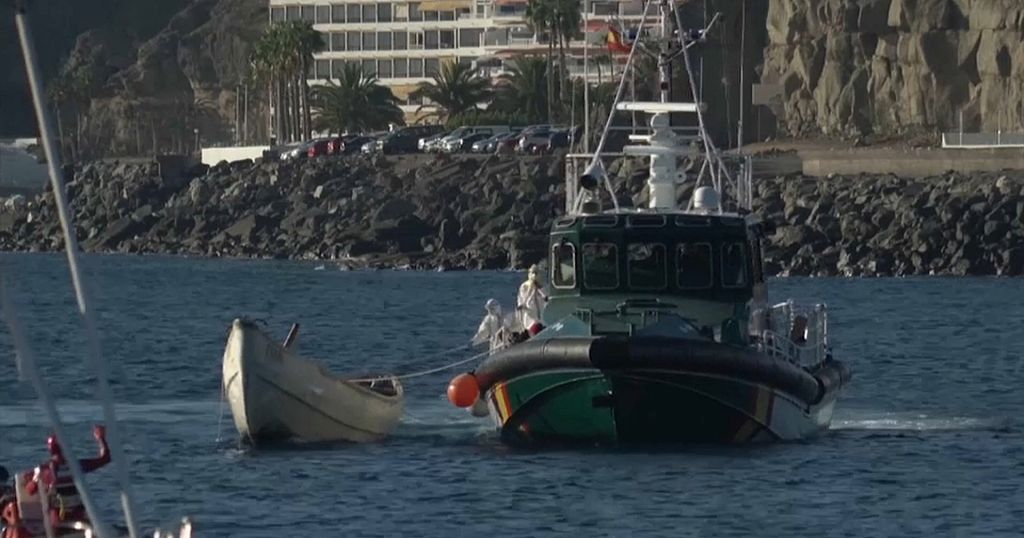 Arrivals via the Atlantic path to Spain’s Canary Islands have seen a 520 percent rise compared to last year.

But almost 250 have drowned or gone missing.

In August, 15 lifeless Malians were spotted by a Spanish plane.

So why are migrants taking this route? The answer is twofold.

The increase in traffic comes after the European Union funded Morocco in 2019 to stop migrants from reaching southern Spain via the Mediterranean Sea.

“Morocco is putting more pressure on its northern border, and moves people to the south,” said Txema Santana, Spanish Commission to Help Refugees representative in the Canaries.

He said the reason the path is also becoming popular is because more people from Mali and Senegal have joined the route, especially in this porous border between Mali and Mauritania.”

The UN Commissioner for Refugees says many arrivals, who are potential refugees, are fleeing conflict in the Sahel.

Kassi Diallo fled Mali after his father was killed in an attack by extremists.

“I risked my life in this way because I was so sad,” he said.

“I have too many problems. But it’s not normal. A human being shouldn’t do this. But how else can we do it? It’s tough in Mali. I am in need of international protection, to live my life a bit and settle down so I can forget some things (trauma).”

It can take 10 days from Morocco or The Gambia to reach the Spanish islands and food reserves dry up quickly.

The Islands then become a path for arrivals, who wish to reach other countries such as France.

The Spanish government has raised the alarm over the increase in migration.