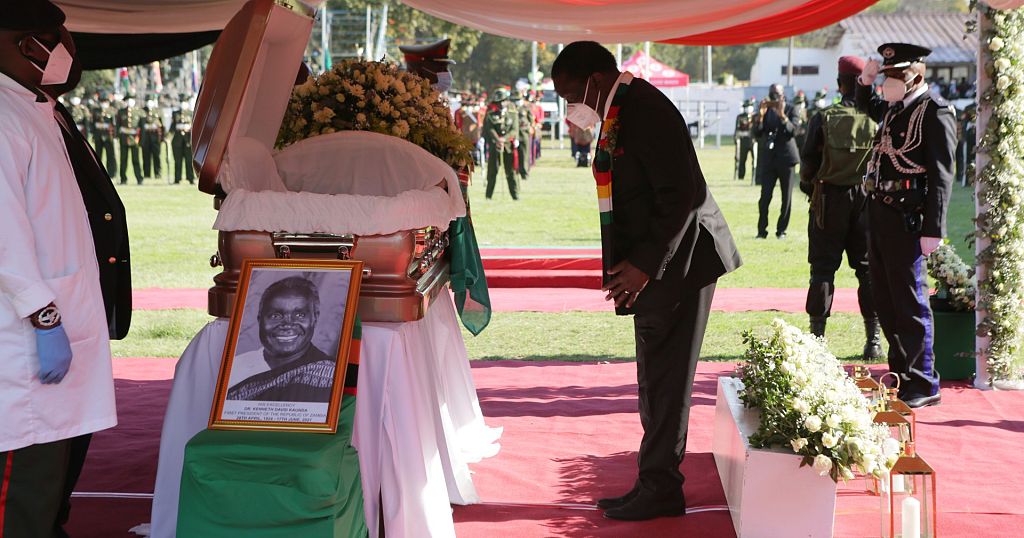 African leaders gathered in Zambia on Friday to attend a memorial service for Kenneth Kaunda, Zambia’s founding president and a champion of African nationalism.

The leaders of Ghana, Kenya, South Africa and Zimbabwe flew into Lusaka to honour Kaunda, who died of pneumonia last month aged 97.

Kaunda is remembered for leading Zambia to independence from British colonial rule in 1964 and backing nationalist movements that fought to bring majority rule to the southern African states of Angola, Mozambique, Namibia, South Africa and Zimbabwe.

Zambian President Edgar Lungu presided over the service at the National Heroes’ Stadium where Kaunda’s casket, draped in Zambia’s flag, was brought in by a military guard.

Since his death on 17 June, Kaunda’s body has been taken across Zambia’s ten provinces to enable people throughout the country to pay their respects.