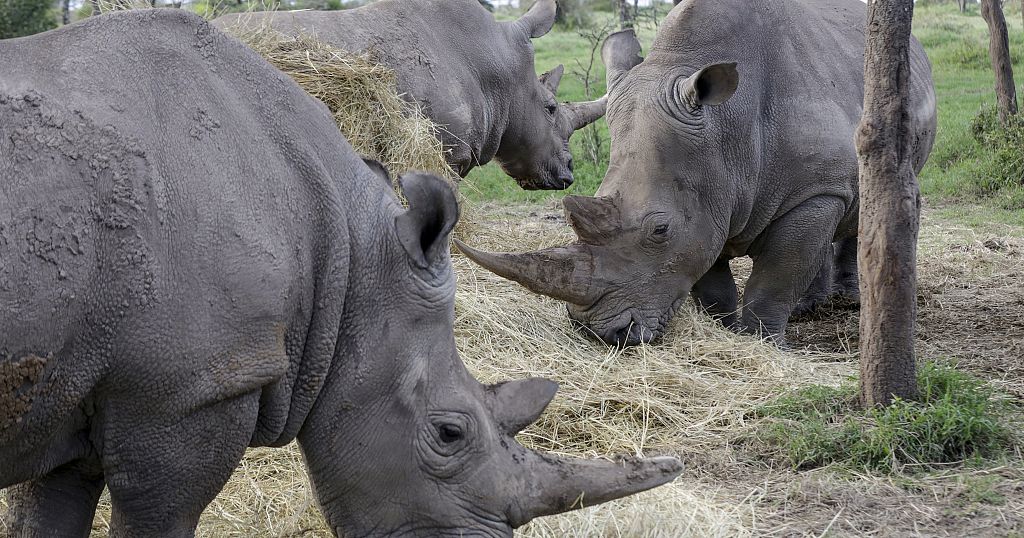 Africa is Serious About Saving its Rhinos

The economic impact of the global Covid-19 health crisis has in turn aggravated an already dire environmental crisis as far as the efforts of wildlife conservationists to save highly-poached black and white rhinos from extinction in Africa.

Richard Vigne, Managing Director of Ol Pejeta Conservancy, outlines how the coronavirus pandemic has trickled down to negatively affect environmental protection initiatives as they pertain to African rhinos.

“In the time of COVID when tourism has completely stopped, where most of our revenue comes from tourism, the revenue that we need to earn to protect our rhinos comes from tourism, it’s a complete disaster. And our ability, our operational capacity, as a result of that lost revenue, which we estimate this year will be something in the region of three to four million dollars, is severely compromised and in turn, therefore, our ability to look after rhinos is compromised.”

Decades of killing rhinos for their horns – which have long been used as carving material and prized in traditional Chinese medicine for their supposed healing properties, have taken a heavy toll on rhino species.

As such, researchers have made strides using in-vitro fertilisation and surrogacy techniques to successfully create rhino embryos in the hope of reproducing a herd of at least five animals to be returned to their natural habitat in Africa – hence, keeping the species alive.

Just two Northern White rhinos remain – Najin and Fatu, who are both female and unable to support pregnancy.

The last male – a 45-year-year-old named Sudan, was euthanised in March 2018 due to after age-related complications.

In January researchers reported they had successfully created another Northern White rhino embryo in the hope of keeping the species alive.

The viable embryo was the third to be created in a lab with eggs taken from the females and inseminated with frozen sperm.

In September 2019 the international team working on the project in Italy said it had successfully created two embryos using oocytes (eggs) collected from the two remaining females and frozen sperm extracted from Sudan and one other male before they died.

The latest embryo was created in December 2019.
The embryos were put into liquid nitrogen ready to be transferred into a surrogate mother later in the year.

The procedure was proven to be safe and can be performed regularly before the animals become too old, according to a statement by the Kenya Wildlife Service and conservationists from Kenya, the Czech Republic, Germany and Italy.

In August, after a delay of several months forced by the coronavirus pandemic, experts harvested ten immature egg cells from Najin and Fatu at Ol Pejeta Conservancy in Kenya for the third time.

The eggs were immediately flown to the Avantea Laboratory in Italy to be artificially inseminated with frozen sperm from the deceased northern white rhino bulls.

The next step of the rescue mission was to head back to Ol Pejeta to prepare the surrogate mothers and find a suitable male to help the scientists know when the females are on heat. A further attempt at pregnancy is set to be made later in December or early in 2021

In March, the International Union for Conservation of Nature (IUCN) reported a slow increase in the number of African Black Rhinos with a population growth of around 2.5% each year between 2012 and 2018 – increasing the wild population from 4,845 to 5,630.

One subspecies, the South-Western Black rhino, which was previously assessed as “vulnerable” by the IUCN, is now classed as “near threatened” as it has seen “sufficient population growth” of the last three generations.

The news was welcomed by conservationists around the world, but Paula Kahumbu, wildlife conservationist and CEO of charity Wildlife Direct, warned that there was still a lot of work to do to save the rhino.

Continued Efforts in Africa to Save the Rhinos

2020 saw several anti-poaching campaigns and conservationists across Africa continue to monitor the situation.