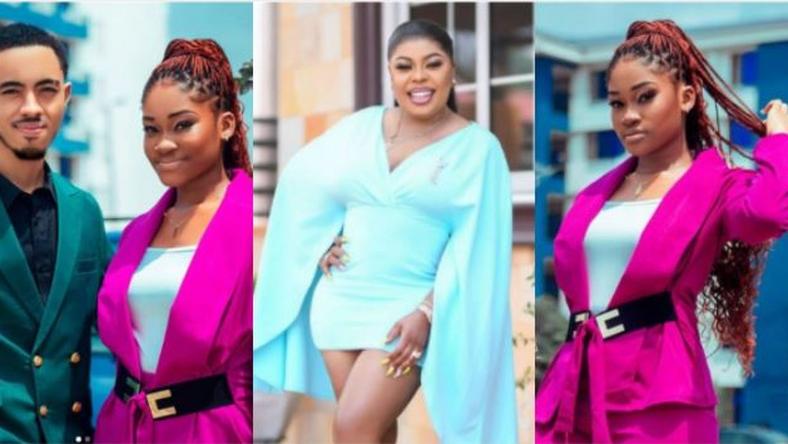 James Ian Geiling Heerdegan who graduated from Kumasi High School (Kuhis) last flaunted his girlfriend when he took to social media to break the news.

He shared photos of him and Naa Koshie which were taken from his matriculation at the University of Professional Studies, Accra (UPSA).

In the post on his social media, Afia Schwar’s son openly admitted he is in a relationship with Naa Koshie.

Afia Schwar’s twin son makes a bold fashion statement wearing a suit while Naa Koshie is seen confidently wearing a power pick belted suit in the photos. But his revealing caption appears to have been edited subsequently to ward off unnecessary attention from online enthusiasts with an eagle eye for gossip.

The revealing post by Heerdegan has attracted interesting comments from his followers on social media. According to @abenaa_dankwah, Heerdegan and Koshie make a fine couple.

”You guys make a fine couple” @mercywoolley shared her view as she writes, ”Best couple .