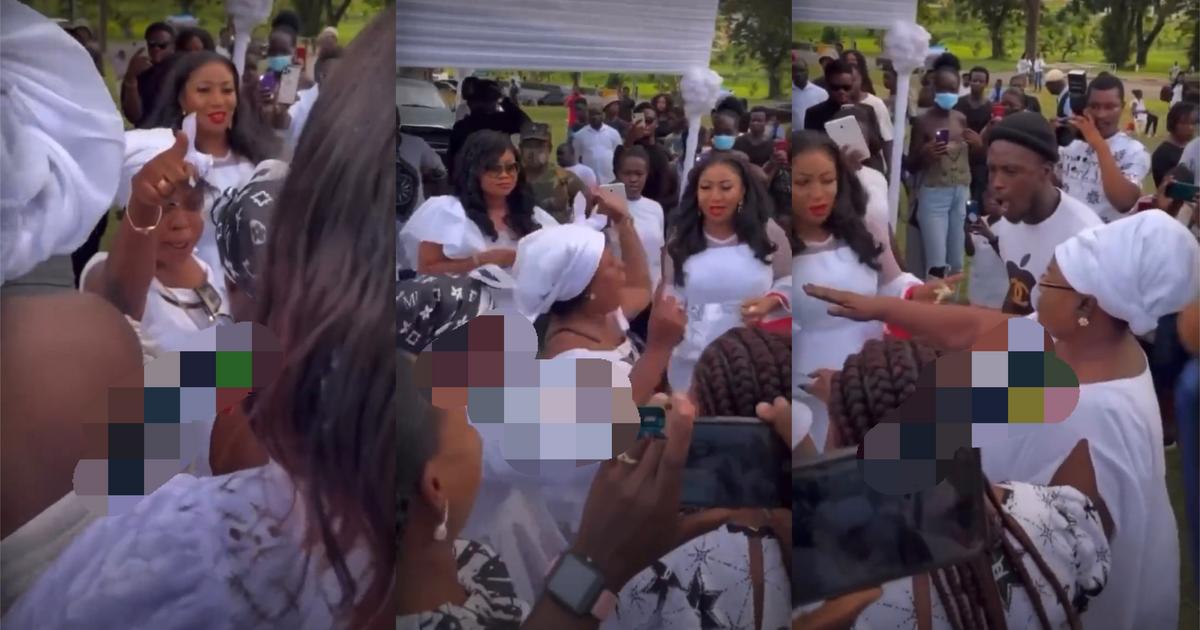 According to her, she slapped the man because he assaulted her sister to collect money that was being sprayed on them during the funeral.

Recall the alleged victim of Afia Schwarzenegger’s ‘slap’ granted an interview to detail what happened at the occasion.

In his narrative, the victim claimed that he was an instrumentalist with the military band that performed at the funeral – a revelation that has attracted the legal threat from Miss Schwar.

According to Afia, she believes the man is an impostor because she did hire any civilian band to come and perform at her father’s funeral.

Speaking on UTV as a guest host of the United Showbiz show, she continue that “W/O Agyepong has said not once, twice or three times that they don’t know the man. We had a security briefing before the event which was on Friday but in his interview, he said he started playing the band and picking the monies from Friday. There was no show on Friday“.

“There was no wake and the band did not even set up. On that Friday, there was a security briefing with the Police, Military and the KNUST security of which all these things were discussed.

“It was agreed that if the band is playing and monies are being sprayed without me dancing, they can keep it. If I’m the one dancing, everyone present can pick some of the money. Now you a total stranger, go on to pick monies. I have lodged a complaint at the military police against him and if he is not arrested, I will take the military band to court,” she said.

Further lamenting on the show, she added that “do I have a deal with you? How do you assault my sister? First I heard her shout ajeei but I thought she was only vibing to the music. When I turned to properly take a look, my sister Akua’s hands were twisted and he was holding it.”

Hear more from her in the video below.