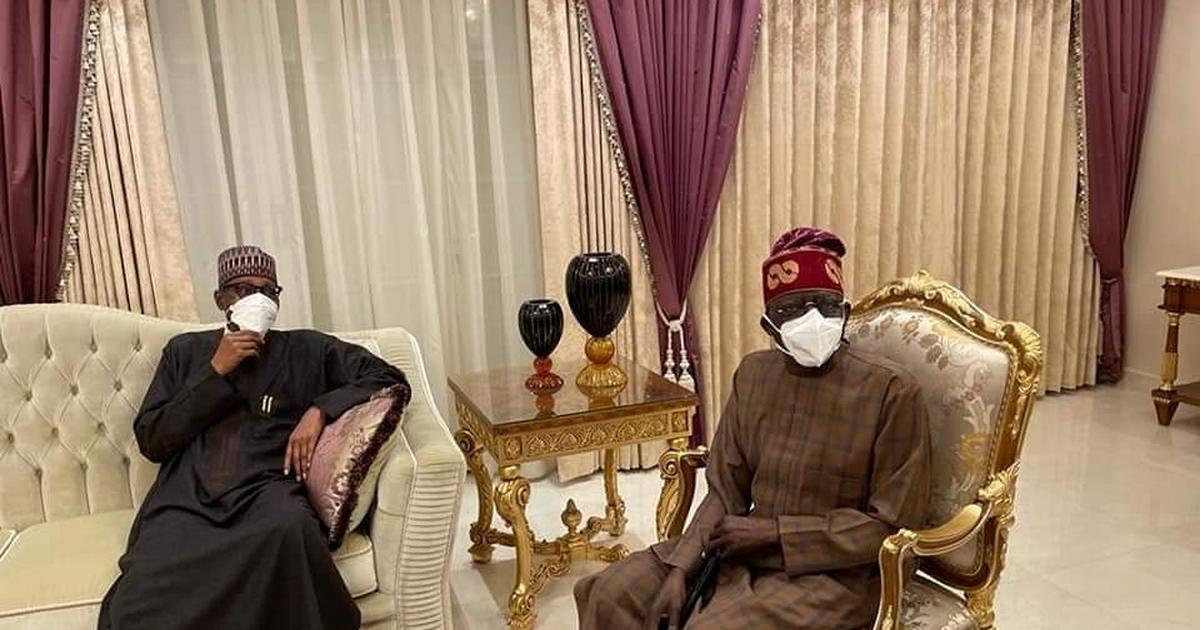 The presidential spokesperson said this on Friday, August 13, 2021, during an interview with Channels Television.

The President, who was in London to participate in the Global Education Summit on Financing Global Partnership for Education (GPE) 2021–2025), had on Thursday visited the national leader of the ruling All Progressives Congress following unconfirmed reports that the former governor of Lagos State is sick and receiving medical treatment in London.

But Adesina said Buhari’s meeting with Tinubu was only a goodwill visit, adding that it would be too early for the president to support or endorse presidential aspirants for the 2023 presidential election.

He said, “That meeting actually happened, but it is all about goodwill and best wishes. We know that Asiwaju Bola Ahmed Tinubu had been in London about the same time the president was there.

“Like you said, we don’t believe what we read in social media but we have read a lot about Asiwaju Tinubu’s health, so the president’s visit was a goodwill visit.

“The president still has two years less than three months in his tenure of office. So, for him to start supporting somebody now will just be like jumping the gun and you know that President Buhari will never do that.

“Before the 2019 election, people began to campaign for him before INEC blew the whistle for the campaign to start. He was the one who came out to say ‘no, don’t do it; don’t jump the gun’.

“The president himself will dare not jump the gun in terms of supporting one candidate or the other. Also, recall that he had said anybody that wants to be president after him should go out and work. That means the president may not be supporting anybody until maybe perhaps a candidate of the party emerges. Knowing President Buhari, he will never jump the gun.”

There have been claims that there was an agreement that Bola Tinubu would succeed President Buhari in 2023.

Senator Rufai Hanga, former Chairman of the defunct Congress for Progressive Change (CPC) in July disclosed that the purported agreement is the reason why Tinubu remains in the ruling party after Buhari’s first term.

Okechukwu maintained that President Buhari rarely goes into an agreement with people.