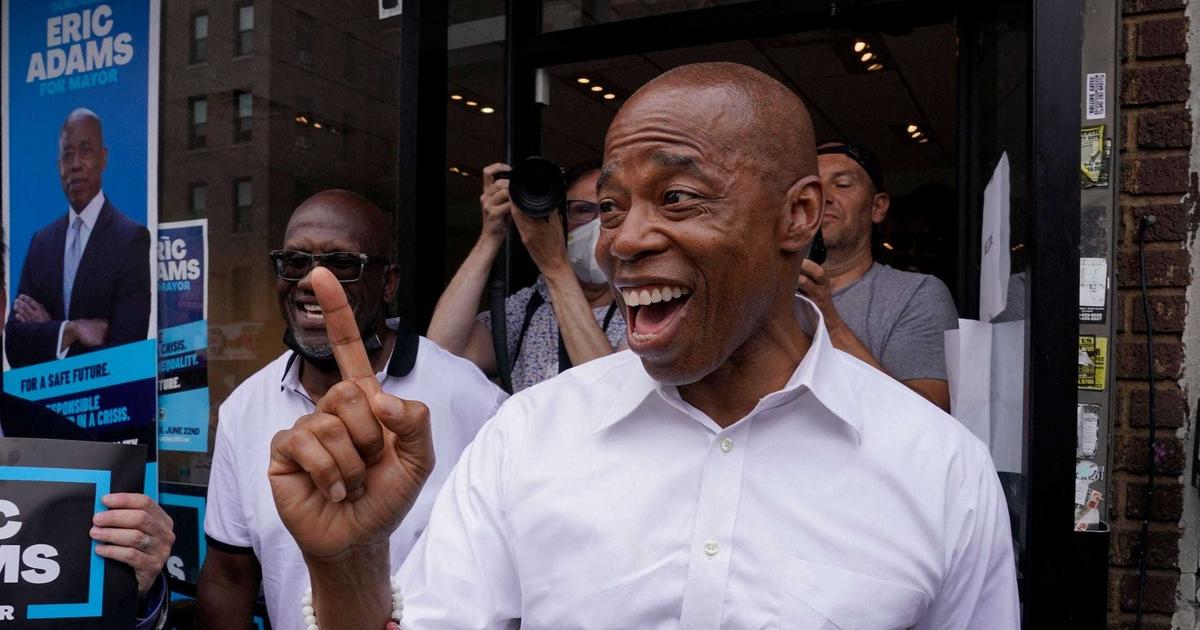 NAN reports that Adams, who is presently the Brooklyn borough president, will be the 110th mayor of the largest city in the U.S. when he assumes office in January 2022.

In a tweet, Adams said: “It’s official – our five-boroughs, knock- every-door. reach-every-voter campaign was successful: We have won the race for Mayor of New York City!

“This is my dream come true, and I couldn’t be more proud to represent the City that we all love as your Mayor-elect.”

Sliwa conceded the race at an election night party before the final counting of votes.

“I am pledging my support to the new Mayor Eric Adams because we’re all going to have to coalesce together in harmony and solidarity if we’re going to save this city that we love,” Sliwa said.

It will be recalled that the Nigerian Community under the aegis of Nigerian Forum, co-convened by the Organisation for the Advancement of Nigerians (OAN) and the Nigerian-Americans Public Affairs Committee (NAPAC), had endorsed Adams in June before the primary election.

Adams, at a meeting with the Nigerian community after he won the primary, had pledged to include Nigerians in his administration.

“We don’t only want you to help us when we need you to govern, we want members of your community on the Transition Team as we figure out policies and people to move our City forward.

“I can’t thank you enough for your commitment and dedication. For you were clear that I was your candidate and you committed to this victory we are celebrating right now,” he said

Also, at a fundraising organised for him by the Nigerian Community in New York, he pledged to establish sister city agreements between New York and Lagos.

Chairman, Board of OAN, Mr Yinka Dansalami, had also told NAN that the Nigerian community raised more than 33,000 dollars to support Adams.