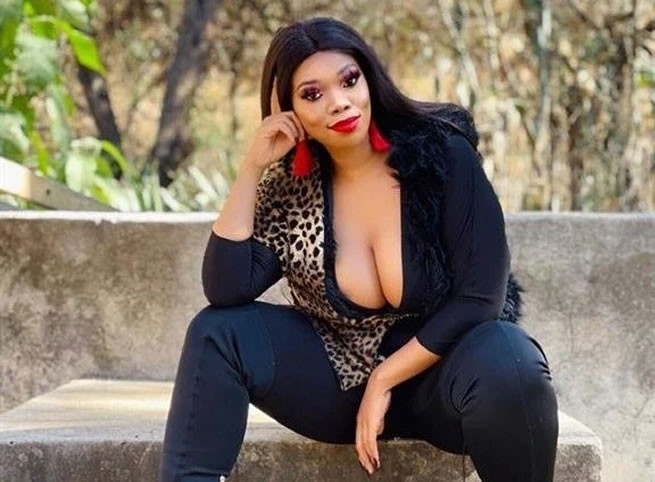 Actress Nosipho Mhlanga has accused a former SABC producer of tearing her dreams apart after he allegedly disappeared with the only copy of her film.

Mhlanga said that, what was supposed to be her big break in the film making industry, turned into heartbreak after producer Thembinkosi Radebe allegedly took her movie and has subsequently dodged her for three years.

Mhlanga used her last bit of money to shoot a Lokshin Bioskop-style film, titled Bekezela, in 2018 and handed over the footage to Radebe for him to edit. Radebe allegedly still has not returned the finished product and has been evading contact with the actress.

Mhlanga said:
I [told] him that the challenge I had was with editing and then he offered to help because he had an interest in film. I know him through a friend and we had known each other for some time [before I gave him the footage].

The Love Stain actress said she shot the movie from scratch in collaboration with Anathi Mbiko, a close friend of hers, using a tight budget of only R30 000.

Mhlanga said her bills included catering, hiring equipment and training staff, as well as wages for the actors and crew, whom she still has to pay, adding that, when filming was done, she did not have any money left to pay a professional editing company.

“I had challenges when it came to editing. Then he [Radebe] said he would help me out because he worked for the SABC, but he was not going to help me through the SABC; he was going to do that on the side. He came across as a person who was helping me out,” she said.

The actress said Radebe asked that his company be credited on the film as payment.

The actress said she had lost many opportunities as a result, and had given up on doing film again due to the pain she suffered in creating this one. She said:
At first he was editing it and [then he] gave it to another guy who is a commissioning editor at the SABC, who had better experience in editing. He then started avoiding me. He has been avoiding me for years now. Sometimes he says we will meet up and then never shows up. I got an opportunity with [DStv channel] Mzansi Magic and they said I must submit the movie, but I could not because I don’t have anything to submit, because everything is with him.

Mhlanga said the movie was her attempt at creating opportunities for herself.

“I realised that there aren’t too many opportunities as an actress and doors are not opening. I then decided to create my own door by making this movie. I even recruited local youth here in Pimville [Soweto] and used money from my own pocket.

“This guy came to help and then after that he disappeared. I haven’t even paid the youth who worked on that movie and they don’t even know what is happening. He is really delaying me. He affected me in a way that I just gave up on the industry because it’s full of people who sabotage each other.”

When contacted by City Press, Radebe declined to comment, only saying:
Nosipho has my numbers. If she wants to talk to me she can call me. I don’t have a problem with her … Go ahead and write.

WhatsApp conversations between the two, in which Radebe gave Mhlanga numerous excuses for cancelling their meetings over the years, including not being able to see her because visitors were not allowed at the SABC offices due to Covid-19.

He cancelled another appointment an hour before their meeting because he claimed to have attended a family member’s funeral and had to go do a “cleansing ceremony”.

In a separate message, Radebe claimed that his laptop was stolen just before he could finish editing the project.