In a post shared via her Instagram page on Thursday, September 23, 2021, the up-and-coming actress said she was used by the activist. 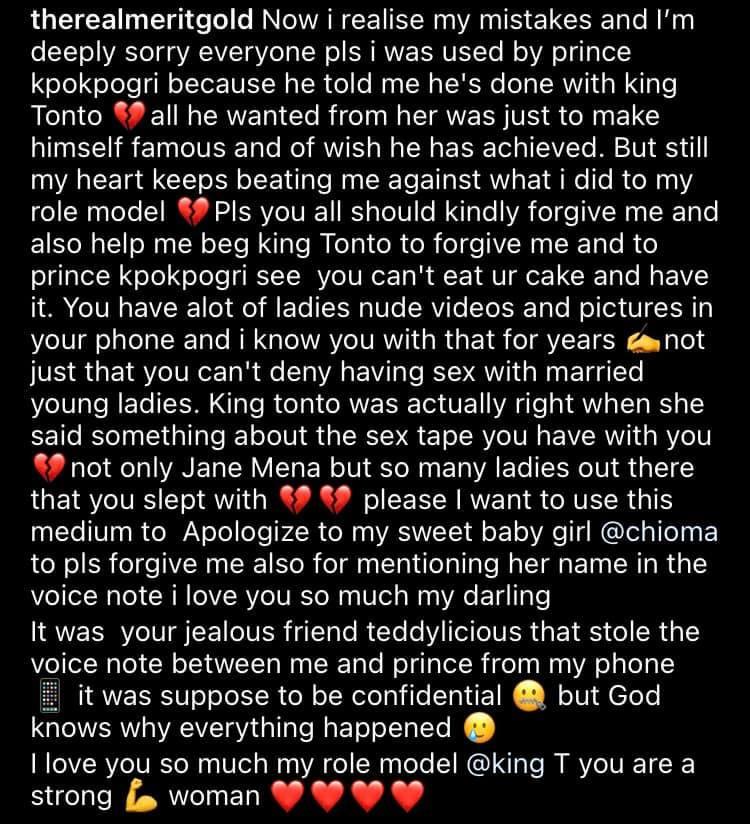 According to the actress, Kpokpogri only wanted to use Dikeh’s influence to get famous.

She went on to corroborate Dikeh’s claims about the sex tapes and photos of several celebrities in Kpokpogri’s possession.

She also confirmed that Kpokpogri had the sex tapes of popular Instagram influencer, Janemena. 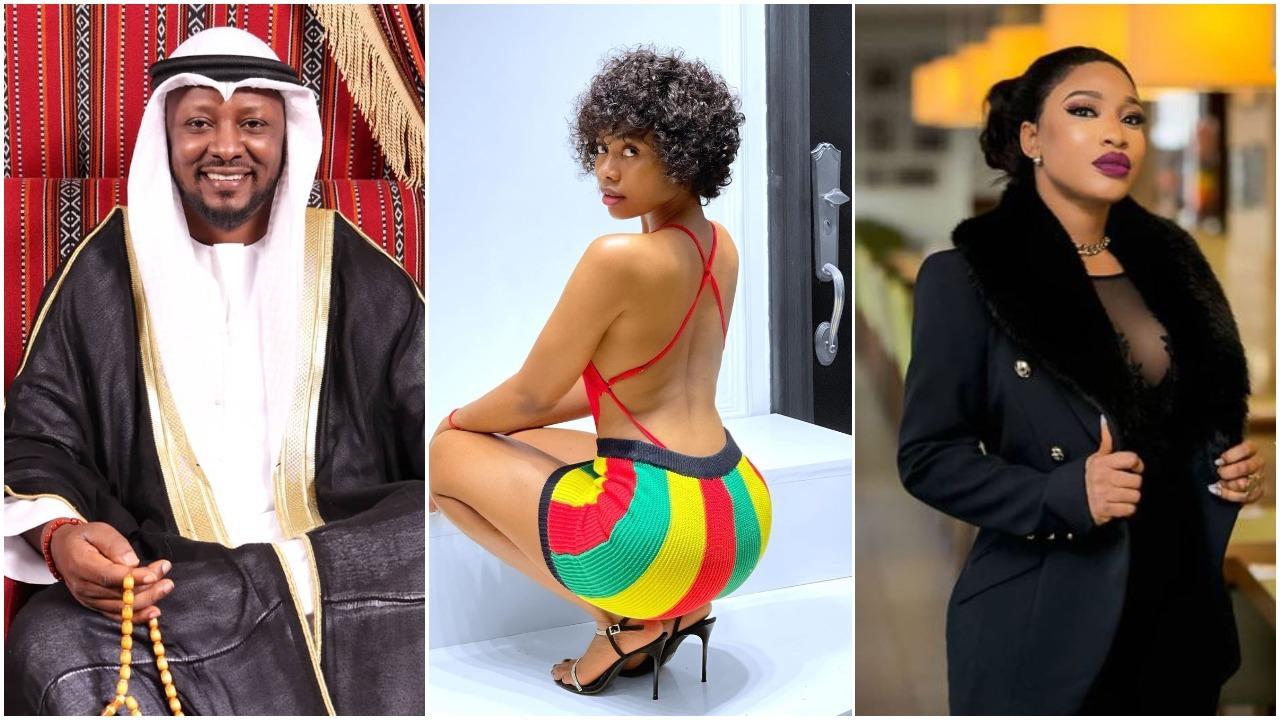 It didn’t end there as she apologised to her friend who she identified as Chioma for mentioning her name in the voice note.

On Wednesday, August 18, 2021, a leaked audiotape surfaced online where a conversation reported being that of Kpokpogri and a lady (Merit Gold) talked about him cheating on Dikeh in their house.