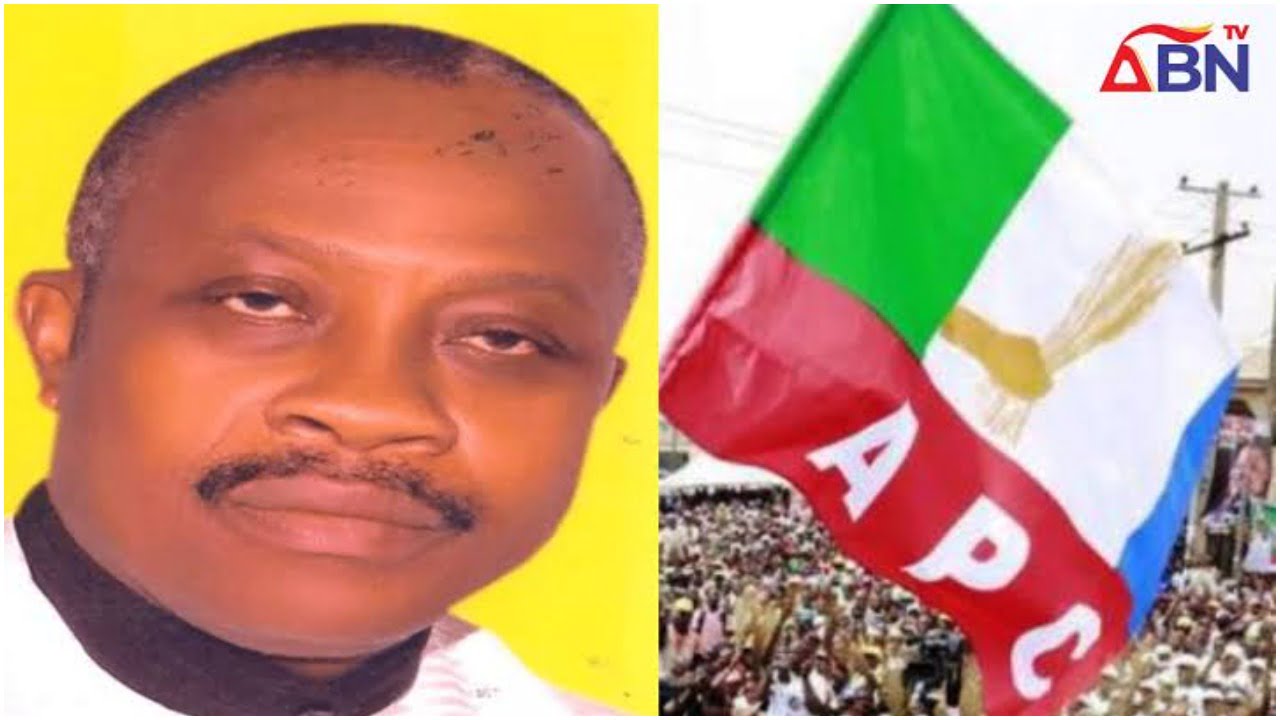 A chieftain of the All Progressives Congress (APC), and ex-Governorship candidate from Abia State, Chief Ikechi Emenike has reacted to his purported suspension by a faction of the APC in the state over alleged anti-party activities.

Emenike was a former Governorship candidate of the party and the husband of the incumbent Nigerian Ambassador to the United States of America.

DAILY POST reported that the Abia leadership of the All Progressives Congress (APC) had at its expanded caucus meeting on Thursday, re-affirmed the suspension of Chief Ikechi Emenike from the party.

The expanded caucus which had in attendance major stakeholders of the party in the state was chaired by the Minister of State for Mines and Steel, Dr. Uchechukwu Ogah.

According to the party, Chief Emenike has already been suspended by his ward for anti-party activities while the Local Government and State Executive respectively ratified the sanction.

Ogah, who chaired the expanded caucus, put Emenike’s suspension to voice vote after it was announced by the state chairman of the party, Hon. Donatus Nwankpa, and the caucus overwhelmingly affirmed it.

But Chief Ikechi Emenike while reacting through a close associate, Hon Obilor Ogbonna which was contained in a statement issued to newsmen in Umuahia, on Friday, described his purported reaffirmation by Nwankpa and members of the caucus as a vituperation of drowning men as the pendulum has just swung against them.

Emenike recalled that the party’s national leadership had invalidated and put paid to the rumored suspension of Chief Emenike, urging party members and teeming supporters to disregard the rantings.

According to the Party chieftain in the statement, “you will recall that the purported Suspension first hit the media in September 2018 on the run up to the 2019 elections and resurfaced again in May 2021.

“It is pertinent to note that this same diminutive feather weights had in September 2018 recanted on their delusional suspension so issued against High Chief Ikechi Emenike, Leader of the All Progressives Congress in Abia State in a widely publicised local online news media forum”.

“Suspension by an outgoing caretaker Committee 12 hours to the Ward congresses slated for tomorrow, 31st of July sounds like a distraction to the revered High Chief and should be completely disregarded”.

Meanwhile, the All Progressives Congress (APC) in Abia State has announced the adoption of a consensus option for the ward congress in the state slated for Saturday.

This was announced at its expanded caucus meeting held on Thursday at Ikwuano Local Government Area of the state on Thursday.

The expanded caucus further adopted consensus candidates where there are agreements among the stakeholders but hold elections where there is no consensus.

The APC faithful party assured to abide by the party guidelines.

In the same vein, the APC leadership has disclosed that there will be no automatic ticket for any aspirant for the party’s ward congress.

In another development, the Peoples Democratic Party (PDP), Chieftain, Emeka Kalu has insisted that the existing charter of equity, which guarantees rotation of power among Abia North, Abia South and Abia central senatorial districts of the state must be sustained in the interest of development and unity of the state.

The Party chieftain said no section of the state would be allowed to scuttle the existing zoning arrangement for the 2023 governorship election in the State.

In a statement, Kalu, a former Governorship aspirant from Abia State noted that indigenes of Abia North across the state are capable of winning elections for any political party it chooses to support.