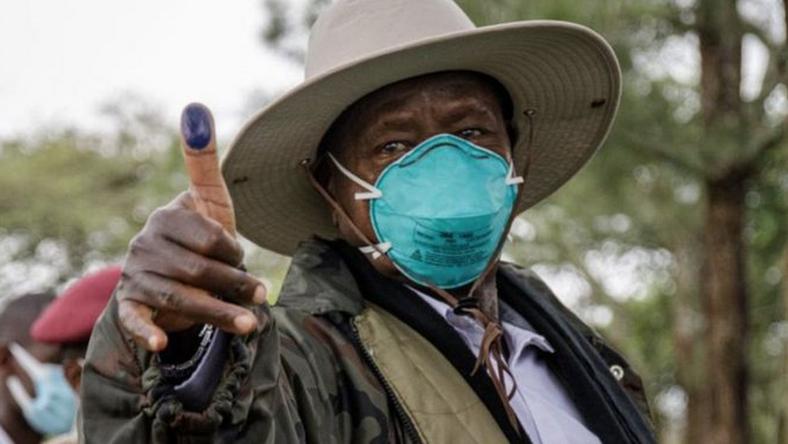 Museveni, who has spent 35 years in office was re-elected for a sixth term with 58.6.%.

According to CNN, the electoral commission said Museveni won in a landslide, with 58.64% of the nearly 10 million ballots cast, while his nearest rival, Robert Kyagulanyi, aka Bobi Wine received 34.83% of the vote.

However, Bobi Wine, a singer-turned-politician has called on Ugandans to reject the announcement adding that his team was considering all peaceful, nonviolent and legal options to contest the results.

He said, “We are the real winners of this election and therefore what the electoral commission announced has nothing to do with the real election that took place.

“I can call on all Ugandans to reject the announcement that has been made by the electoral commission … to reject them with the contempt with which it deserves.”

Museveni has been in power since 1986.