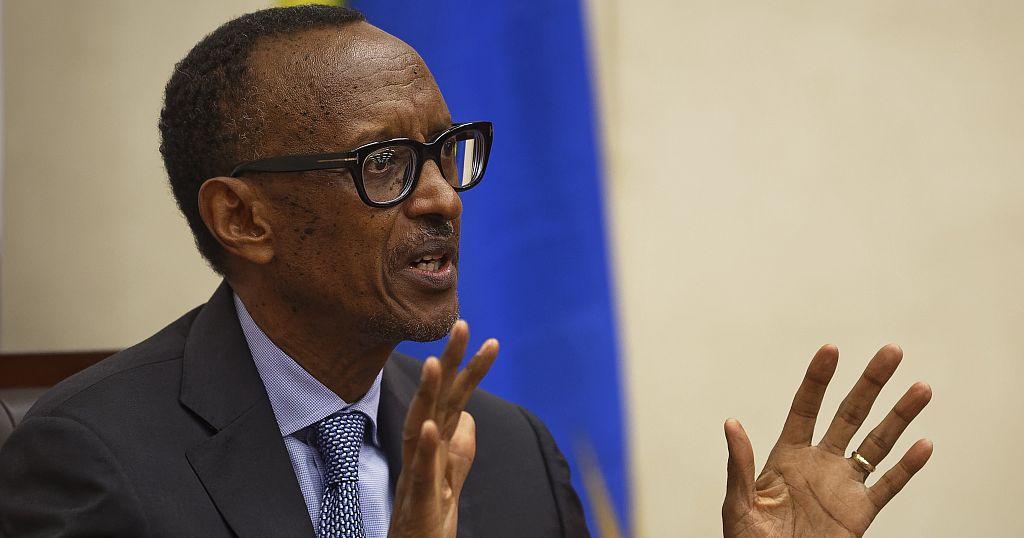 Paul Kagame, the President of Rwanda and also the former Chairperson of the African Union (2018-2019) has just called out Europe and North Africa for hoarding vaccines i.e. bulk-buying excess doses directly from manufacturers which limits supply and secures better deals to the detriment of governments with less purchasing clout.

In an op-ed titled ‘Until Africans get the Covid vaccinations they need, the whole world will suffer,’ published on Monday in the Guardian, the outspoken Rwandan president voiced his concerns about the economic disparities surrounding the global coronavirus vaccine campaigns worldwide.

He explicitly challenged the “decades-old contradictions of the world order” as he called — not for charity, but for fairness and transparency to ensure equitable access to vaccines globally during this unprecedented COVID-19 pandemic.

Africa for Africans by Africans

Pan-African discourse characteristic of the African Union’s champion of domestic health financing as over the years Kagame has unapologetically put Western authorities in their place — blatantly calling out injustices against the Motherland and reiterating in several worthy of his position as a world leader, “African Lives Matter!”

Here are 7 times Paul Kagame shut the West all the way down:

In a speech in which he called out the BBC’s “politics” and the “lies” and “hypocrisy” of much of the discourse concerning the African continent in the Western media that he expressed often assumed an authoritative tone of what Africans should be and should do, he decried:

“We have fought for our freedoms right from childhood – some of us. These people that just run around cannot force their culture. They are not humble. They think they are better than everybody. But it is not God-given. God created us equal. We shall never ever be apologetic for standing up for our rights! And there are no better people than us in our country in our affairs.”

2. “How About Those In Your Country Who Committed Crimes in My Country?”

How is “universal jurisdiction” universal if it is only one way? The Pan-Africanist president asked in response to A French judge who south to try Rwandans in France in a one-sided power play — and without recognising crimes of French citizens committed in Rwanda during the country’s genocide.

“For example the case in France, a judge somewhere in rural areas in France. One of the village judges somewhere decides that he is going to indicate leaders in Rwanda. And talks about all types of things that happened in Rwanda and blames Rwandans. At the same time, there is a bad history between us that was actually during the genocide, there are many things that happened that involved some people from France.”

3. Africa Does Not Need Adult Supervision!

At a meeting that saw several high-ranking officials to discuss Afro-Euro relations, Kagame took issue with the condescending and patronising approach to African countries as a way to dictate and control policies and agreements.

“The attitude of adult supervision needs to be left in the past. Rights and wrongs can be found everywhere. We must resist the temptation to reduce Africa to blanket judgments and generalisations. There cannot be a partnership of mutual respect when one party lacks values while the other party is a fully-formed moral agent”

He told the European leaders present that what Africa needs is fair trade instead of a misplaced or misguided sense of parental authority.

4. Africa and Rwanda Decide What We Want for Ourselves Going Forward

Kagame called out the manipulative policies to control African nations in the guise of trade agreements and development.

He gave concrete examples of Rwanda being “punished” by the United States simply for wanting to grow economically by way of its textiles industry which would leave it dependent on the purchase of second-hand clothing exported from the US.

In addition, he mentioned the United States’ public refusal to refer to the genocide in Rwanda against The Tutsi for still-undisclosed reasons when even the United Nations and the entire international community has officially adopted this phrasing of the historic incident.

“Imagine powerful United States as it is and it is arguing over this non-issue that has been sorted out at the UN. We cannot understand what is behind it or who benefits from it. This creates an atmosphere of unpredictability and this is how it becomes therefore difficult for Rwanda to predict what is going to happen in terms of the relationship. We suffer from one fact that there is so much talk about sovereignty and you found out that a. That we do not qualify for these sovereign rights. Every other person wants to decide for Rwanda and Africa. The best thing is to let Africa and Rwanda be partners with powerful, developed countries.”

The No-Nonsense President explained very simply that the European Union is not in a position to define what “human rights” are and should look like for Africans and Africa.

He stated quite matter of factly that human rights in Africa belong to Africans and not for anyone else to claim or dictate as Africans have been – and are still, fighting for human rights in many ways and facets of life from Western entities and know the true meaning of this fight better than anyone else ever could.

“You really need to stop this superiority complex nonsense about human rights. You think you are the only ones who respect human rights while for others it is about berating human rights. No, we fought for human rights and freedoms for our people much better and more than anyone -including the people who keep talking about this nonsense.”

6. “Some People Accuse Others of Doing Things That They Do Even More”

After receiving a letter from the British PM making accusations about human rights, the Rwandan president took a firm start against the hypocrisy in Western international meddling in continental affairs while conveniently ignoring issues — at times even much worse, on their own soil.

“I think it is wrong. These people were here talking about concerns they have about justice for people. Don’t you think the first place where they should have taken their concerns is within their own system? You are concerned about justice? How about justice for the people in Rwanda who were killed during the genocide and the people who were part of it directly – not directly, are sitting there in your country where you are protecting and where I think they have been given residence or citizenship.”

7. There is No way I can Allow Anybody to Lower My value to That Level

The president with the candid tongue corrected a US official who attempted to express hat China is the only country exploiting the African continent. He did not mince words.

“Some of the friends we deal with in the west. They come with this mindset that Africa is indifferent to human rights, to democracy, to freedom so they come to do it for us. Or to tell you that you should be doing it on their demands. And we are Saying No. We as Human beings. No Human Being anywhere would want to live by dictates by someone else. My understanding is that no we are all human beings.”

Indeed. True to the moves of an authentic Pan-African, Paul Kagame is still advocating for the well-being of all Africans on the continent. Now, in the form of coronavirus vaccines.

Yesterday, he ended his brilliantly-written piece of complete accuracies with the following:

“Africa is not sitting back and waiting for charity. We have learned our lessons from the past. All we ask for is transparency and fairness in vaccine access, not the protectionism currently in play.

Ensuring equitable access to vaccines globally during a pandemic is not only a moral issue but an economic imperative to protect the wellbeing of people everywhere. But when will Africa get the protection it needs? If all lives are equal, why isn’t access to vaccines?”