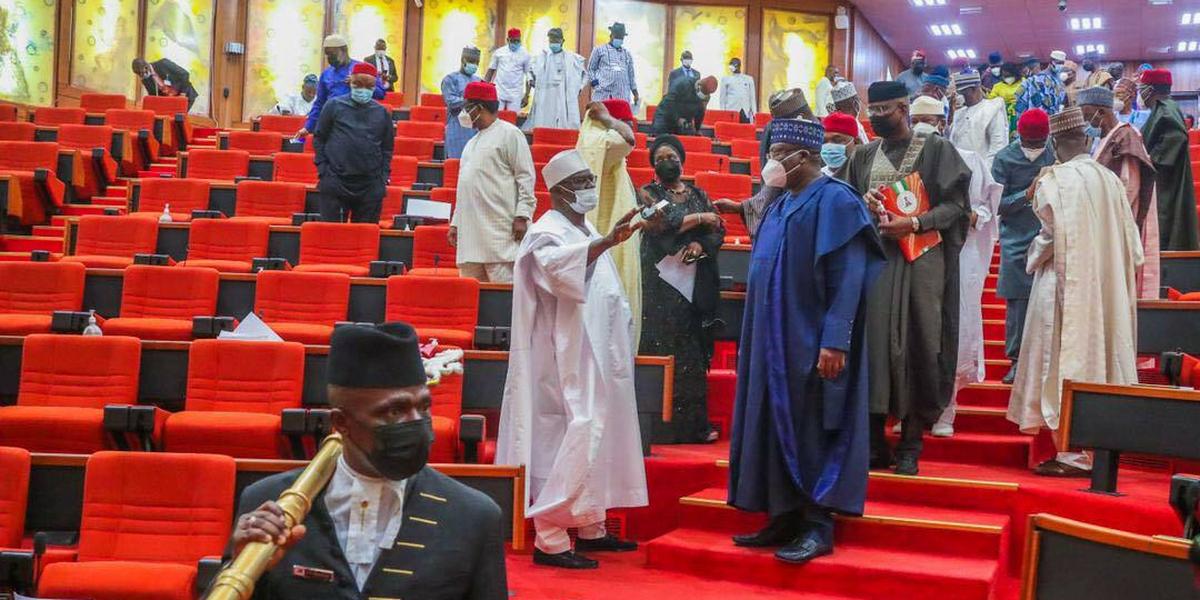 Sahabi blamed internal crisis in the party in Zamfara as the reason for his defection to the ‘peaceful and more formidable’ APC.

Both Zamfara lawmakers followed in the footsteps of Governor Bello Matawalle who was officially welcomed into the APC on Tuesday, June 29.

Speaking on his defection in a letter addressed to the Senate on Wednesday, Nwaoboshi said the PDP in Delta was guilty of ‘tyranny and gross failure of leadership’.

Mohammed Hassan (Zamfara Central) also officially resigned from the PDP during Tuesday’s plenary, and has joined the APC.

Even though the constitution stipulates that a lawmaker can change parties without losing their seat only if their party is in crisis or merges with another, changing parties for no good reason is hardly ever punished and is commonplace.