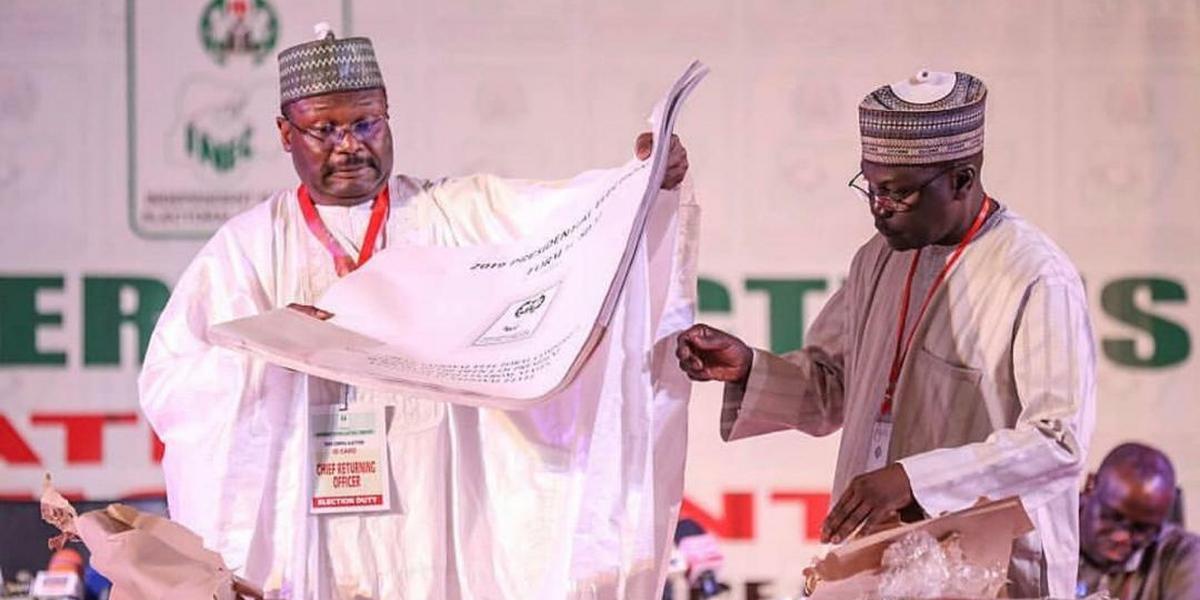 Yakubu said the commission had also relocated 749 polling units from inappropriate locations made up of private property, royal palaces, Mosques, Churches and Shrines to appropriate public facilities or open space.

“After wide ranging consultations with stakeholders and fieldwork by our officials, the 56,872 voting points and voting point settlements were converted and added to the existing 119,974 polling units.

“Consequently, the commission is glad to report that 25 years since the current polling units were created in 1996, the hard nut is finally and successfully cracked after several unsuccessful attempts. Nigeria now has 176,846 full-fledged polling units.

“Similarly, after consultation with stakeholders, the commission has successfully removed 749 polling units from inappropriate locations to appropriate public facilities or open spaces in line with our policy to guarantee unencumbered access to polling units for all voters.

“Of this figure, 232 were removed from private property, 145 royal palaces, six from Mosques, 21 from Churches and nine from Shrines.

The INEC Chairman said however, that the commission would conduct four pending by-election in Kaduna, Jigawa and Plateau using a combination of polling units and voting points because of the closeness of the election.

“For subsequent elections, beginning from the Anambra governorship election holding on Nov. 6, there will be no voting points any more in Nigeria,” he said.

The News Agency of Nigeria (NAN) reports that the new approved polling units for the 36 states and the FCT were unveiled and presented to the public at the meeting.

Yakubu added the entire report has already been uploaded on the INEC website (www.inecnigeria.org).

He also said that the infographics of the distribution of the new polling units on state-by-state basis and the FCT have also been uploaded on the commission’s website and social media platforms.

He said while the commission spared no effort to ensure the success of the exercise, INEC appreciated the support of all stakeholders for the successful conversion of the polling units.

“Above all, this historic accomplishment will not have been possible without the support and understanding of all Nigerians.

“On behalf of INEC, I will like to express our profound appreciation to the leadership of political parties, civil society organisations, the media, security agencies, religious leaders, socio-cultural associations, the labour unions, professional bodies, persons with disabilities, women and youth groups.

“The students’ unions, the Federal Executive Council (FEC), the state governors under the auspices of the National Economic Council (NEC) and the National Assembly.

“We also acknowledge the invaluable support of the development partners for facilitating some of the stakeholder engagements and the publication of advocacy documents,” he said.