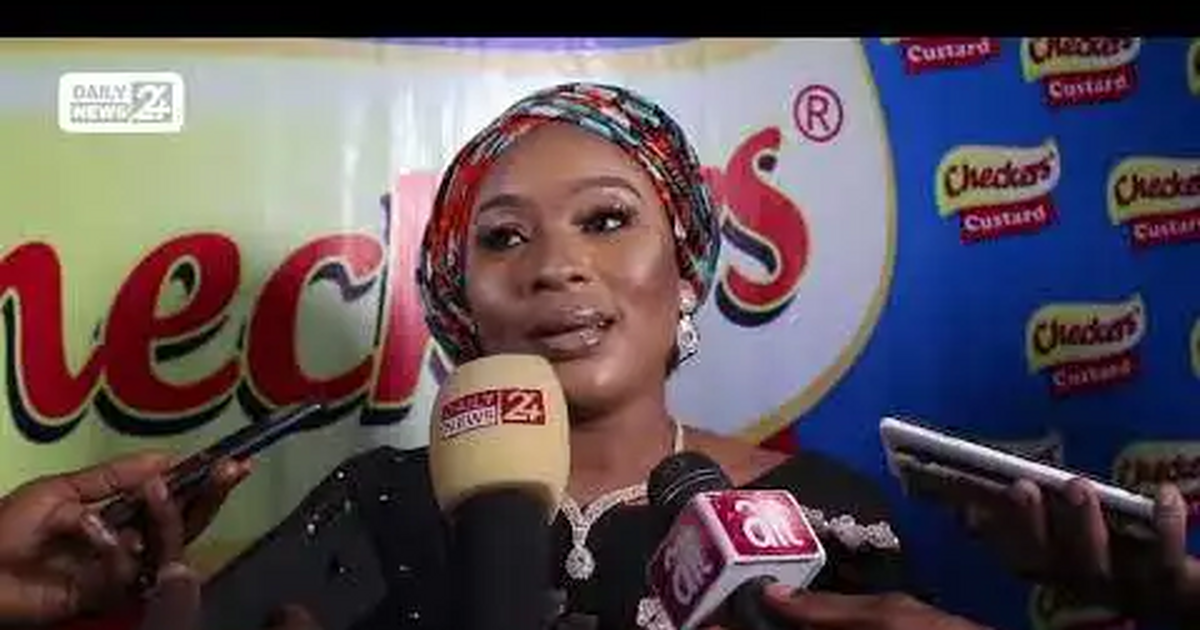 She said: “Our men, who were elected into leadership positions in the country, have failed us.

“Although they were elected to serve but they end up being served by the people that elected them.”

She expressed concern that the country had not enjoyed sustainable development since the return of democratic governance in 1999.

“I am being led by God to restore the hope of millions of Nigerians, who have become hopeless in the Nigerian project.

“God brought President Muhammadu Buhari and sustained him in office that I shall emerge,” she said.

She assured the state Chairman of APGA, Rev. Augustine Ehiemere, that he would be the first party chairman in the country to present the first female President of Nigeria.

Johnson said that she had been approached to accept the Vice Presidential position by a leading political party.

She said that she declined because she was sent by God to be the country’s next president.

“God spoke to me and I heared Him clearly. He sent me to be president not vice president.

“This is my time. This is the time for Nigerian women to produce the nation’s president.

“There is a burning desire in me and until Nigeria’s lost glory is restored, I cannot rest,” the presidential hopeful from Arochukwu in Abia, said.

She said that her desire was to help humanity and that the mandate she was aspiring to get “is not ordinary but divine”.

Johnson, who recalled with nostalgia the good days of the nation’s economic boom, said she was set to restore the vision and desire of the country’s founding fathers.

She said, “My heart bleeds each time I think about Nigeria’s present economic situation and huge sufferings by the masses.”

She promised to make life more meaningful for the people through her economic recovery agenda, when elected into office.

She regretted that the privatisation of the nation’s critical institutions, such as NITEL, NEPA and NNPC, rendered many Nigerians jobless.

According to her, parents train their children in higher institutions to be able to get jobs to fend for themselves.

“Unfortunately, today, after they have graduated, they roam the streets for years looking for employment and still depend on their parents for support,” she said.

She said that she would place priority on job creation for the youths, women empowerment, social amenities and road infrastructure.

Johnson further promised to encourage the establishment of state police and vigilance groups.

She opined that a well equipped and properly remunerated state police force, complemented by effective vigilance groups, would ensure adequate security of lives and property of all Nigerians.

“I can assure you that under my watch as president, no blood of any Nigerian would be wasted.

“The present security challenge and enormous bloodletting in different parts of the country will become a thing of the past.

“I am a small woman with a big God. Once you bring God into the problem of Nigeria, victory will be assured,” she said.

Johnson said that she had the political structure to win the election and was prepared to run a full scale nationwide campaign with APGA.

She, therefore, appealed to the leadership of the party to give her the needed support to realise her aspiration.

Responding, the party chairman hoped that God would reveal to Nigerians that APGA remained the only party with the manifesto to deliver the country from its difficulties.

Ehiemere said that both APC and PDP had not met the yearnings and expectations of a majority of Nigerians, hence the need to give APGA a chance.

He described Johnson’s aspiration as a challenge to the womenfolk and urged them to rally round her in order to realise her ambition.

He further urged her not to be discouraged or succumb to intimidation.

He said: “As a woman, there is no type of intimidation you will not see as you embark on this journey but do not be discouraged.

“I know that God will give you the courage, boldness and strength to prevail.”

In a brief interview with newsmen on the sideline, Johnson said that she was convinced that she had what it takes to govern Nigeria, given her experience and exposure in life.