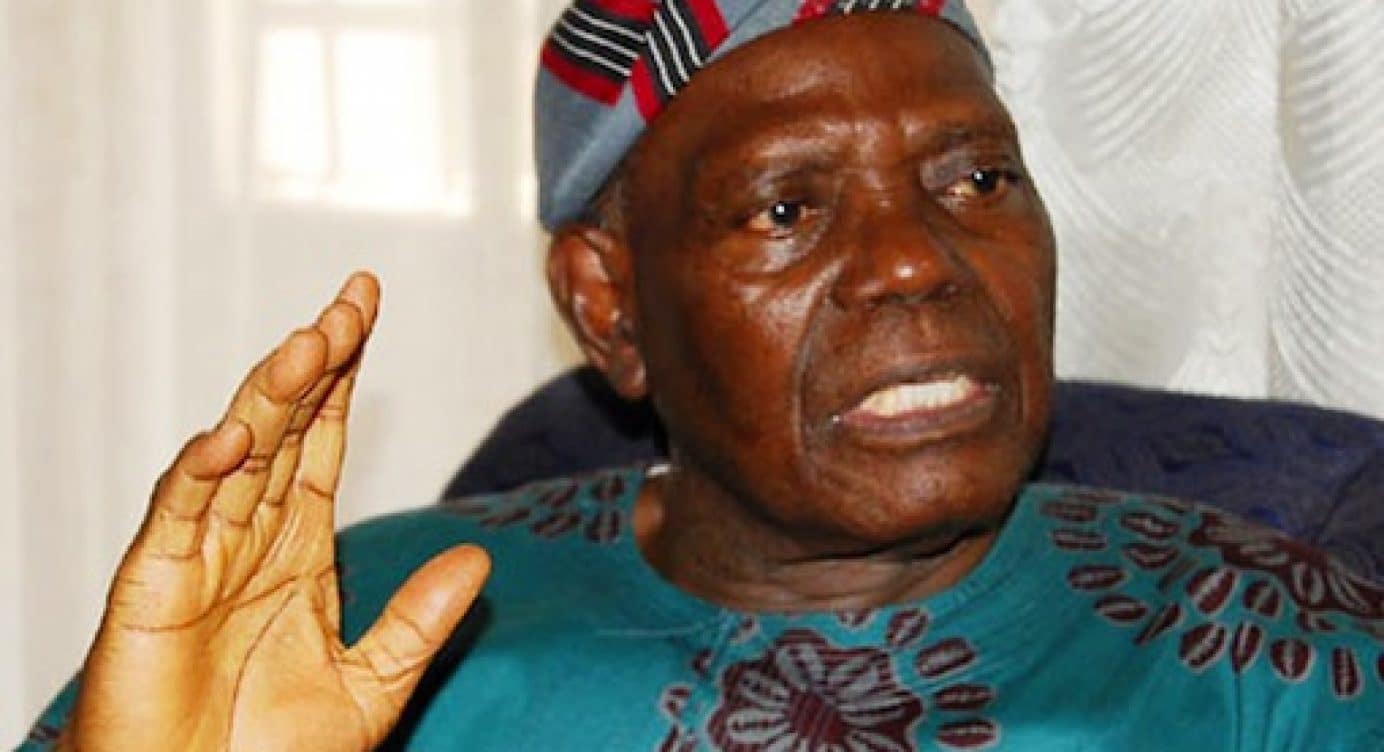 Bisi Akande, a founding member of the All Progressives Congress, APC, has said the South-West is united to produce Nigeria’s next president in 2023.

Akande spoke following the conclusion of the meeting of APC Presidential aspirants from the South-West held in Lagos on Friday.

A tweet from Governor Babajide Sanwo-Olu’s Senior Special Assistant on New Media, Jubril Gawat, reads: “MEETING CONCLUDED: Baba Akande says we are united for South-West to produce the president in 2023.”

The meeting of APC Presidential aspirants from the South-West was convened by Olusegun Osoba.

The National Secretary of the APC, Senator Iyiola Omisore, was also at the meeting.