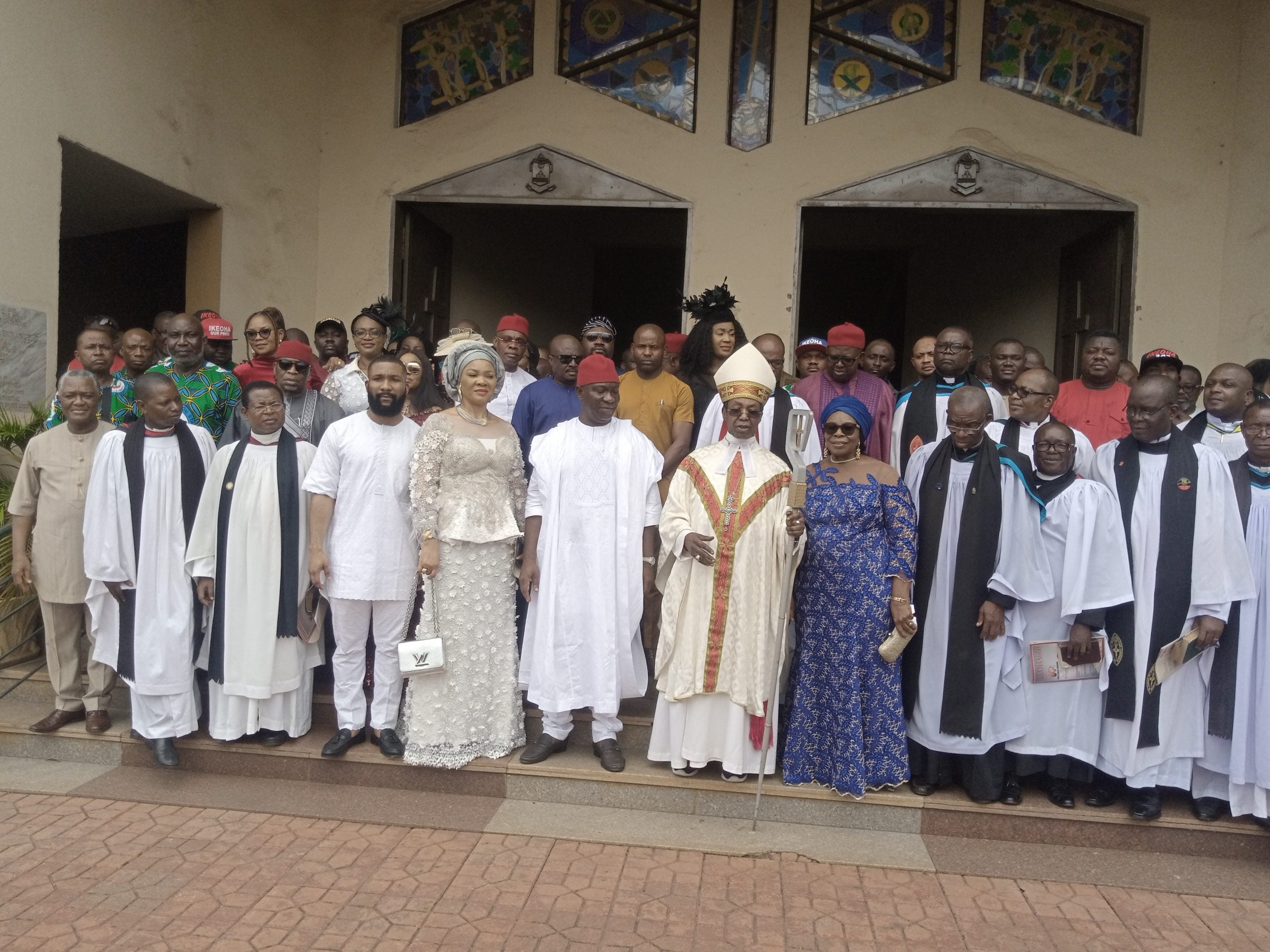 Former Deputy President of the Senate, Senator Ike Ekweremadu, on Thursday, recounted some of his ordeals in the past.

The lawmaker, who spoke during a thanksgiving service to mark his 60th birthday at the Cathedral Church of the Good Shepherded (Anglican Communion) in Enugu, said he was abducted right at the Enugu metropolis in the year 2000 and was driven to Anambra State.

He, however, said despite all his ordeals, God’s faithfulness had kept him going.

At the service, he also told the congregation that his relationship with Governor Ifeanyi Ugwuanyi of Enugu State remained cordial, describing the Governor as “a friend, brother and associate”.

Ekweremadu said that as a young man, he beseeched God to lift him so he would be able to lift his people and the people of Enugu State.

According to him, “God has never looked back in matters concerning me. That is why I pass through tribulations, I pass through water, and I pass through fire, yet none has been able to consume me because God is with me.

“So, this 60th anniversary is 60 years of thanksgiving. It is about 60 years of grace and God’s favour”, Ekweremadu stated.

The Senator, who also recounted how he was in the custody of daredevil kidnappers for several days, but returned unharmed, blamed the high rate of crimes on unemployment across the nation.

“When His Lordship, the Bishop, spoke about some of my travails, he didn’t remember to say that I was kidnapped in the year 2000 at Onu Asata in Enugu metropolis and was taken to Anambra State.

“I went to one bush with the kidnappers and passed the night with them. The next day, I was taken to Benue State from there. We later returned to Nsukka and just by the single grace of God, they let me go and gave me N1,500 for my transport. Not many people can be that lucky. So, I thanked God and trust him,” he said.

On his quest to succeed Governor Ifeanyi Ugwuanyi of Enugu State, the lawmaker representing Enugu West Senatorial zone said it was not a do or die affair, stressing that he would submit to the will of God.

He advised upcoming politicians not to destroy relationships merely for the sake of struggle for positions which are transient.

“I keep politics aside from my personal relationship. I cannot have issues politically that can’t be resolved. The man who is your friend today can be your foe tomorrow; the young ones should note that.

“So, I submit myself to the will of God, even in this endeavor. Whatever is His will, may it be so in Jesus name. So I ask for your prayers and support. It can only be God,” he concluded

Ekweremadu is a governorship aspirant on the platform of the Peoples Democratic Party, PDP.

The primary election, which comes up later this month will decide the flagbearer of the PDP among the over ten aspirants.

Meanwhile, the Archbishop of Enugu Ecclesiastical Province, Anglican Communion, Bishop Emmanuel Chukwuma, during the church service, extoled Ekweremadu’s contributions to the development of Enugu State and Nigeria, describing him as the best Senator in the State.