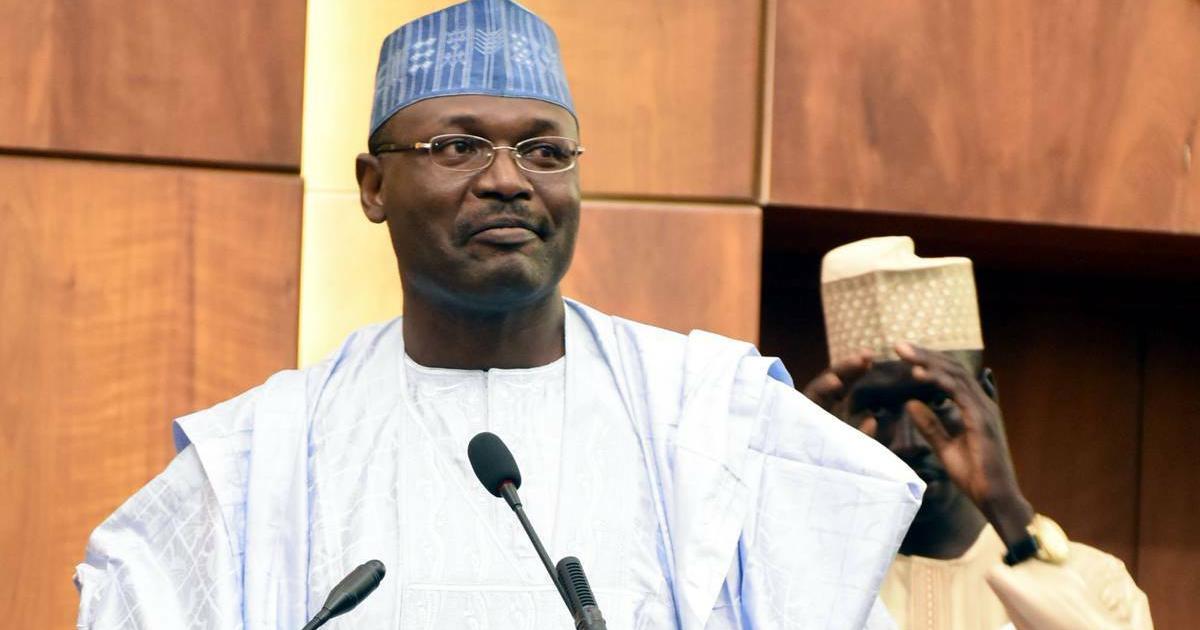 According to Okoye, as far as the electoral management body is concerned, INEC is still operating with the existing electoral legal framework because the new one is still in incumbent.

He said that there were some fundamental issues around the new electoral framework, one of the big issues as far as the electoral management body is concerned related to the deepening of democracy through the use of technology.

“That explains why as at today, political parties file particulars of their nominated candidates electronically they no longer come to our office with documents.

“INEC is the first electoral management body in Africa to introduce online voter registration exercise and based on this you can see the astronomical rise in the number of young persons who have done their pre-registration before capturing their biometrics.

“Now, what is it in the new electoral bill that is different? Prior to this particular period, the uploading of polling units results was just for public views.’’

Okoye said that the second issue related to internal democracy in political parties which had been very challenging and difficult to handle.

He said that looking at the existing electoral legal framework, two methods of voting in primary has been imputed there, direct and indirect primaries.

“We are not going to give them ballot boxes this time around; they are the once who are going to secure the electoral environment, our function is to monitor what they have said they are going to do.

“Not until the political parties bring out their own design which the new electoral framework says they should bring out, there is no way we can put cost or even personnel to the number we are going to deploy.’’

Okoye said that one of the big issues which people overlook related to National Assembly trying to domicile the determination of pre-election matters only with the federal high court.

He said that there were pre-election matters in every geo-political zone in the country, adding that an election that is taken place in Anambra, had matters in Ibadan relating to the election.

“The Chief judge of the federal high court must develop guidelines and practice direction that will make it impossible for courts outside the geographical area where an election is taking place to assume jurisdiction.’’

Chairman, House Committee on electoral and political matters, Aisha Dukku, said that the assembly received bashing from all over and that helped to model them to work hard to sit up and to face the reality of the situation.

“A lot of work went into the bill and I am happy that in a few hours we will know what the outcome is going to be.

“We are now just waiting for Mr President to assent to the bill, going forward we will work to move Nigerian election system forward to be a world credible election, transparent election, with credible result that will be accepted by all,’’ she said

President, Women in Politics Forum, Ebere Ifendu, said that the major problem women face in politics was the issue of internal party democracy.

Ifendu said that the reason women were excited about the electoral bill and hopeful that the president would assent to it was because it would favour more women in politics.

“It is now that it is going to be direct primaries as we have been asking for that will benefit us, because when it is delegates elections we usually do not have money to pay delegates to participate.

Convener, Situation Room, Ene Obi, urged the President to assent to the new electoral bill in good time to allow for preparation for the 2023 general elections.

According to Obi, Situation Room’s Stakeholders’ Forum on elections which is now in its seventh edition, is an annual event that brings together interest groups and stakeholders to share lessons.

“At this time, it is imperative that we focus around implementation of a new electoral regime ahead of the 2023 general elections.

“A new electoral law portends several implications, with stakeholders having to make adjustments in their various roles and responsibilities. “For instance, INEC will need to review its guidelines and processes. This needs to be taken into consideration and addressed with barely over a year to the next general elections.’’