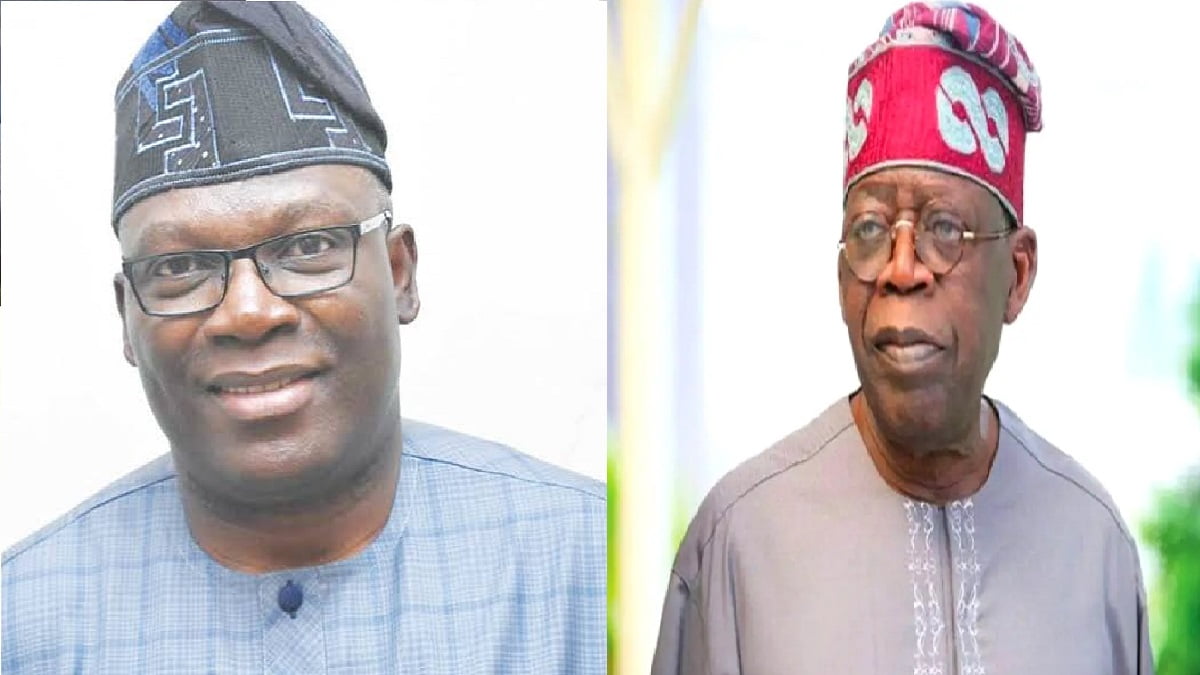 The All Progressives Congress (APC) has accused those against the Bola Tinubu’s 2023 presidential ambition of engaging in calumny.

Seye Oladejo, Lagos APC spokesman, in a statement on Tuesday, said the former Lagos Governor remains the man to beat.

Noting that Tinubu has the backing of 1,800 groups, Oladejo told opponents to state the facts rather than resorting to blackmail.

He insisted that allegations about the APC leader’s age, education and wealth are without substantive facts.

“It is very interesting that those in opposition suddenly have access to Asiwaju’s medical record and they have become the authority on his state of health.

“Tinubu’s movement to different parts of the country in the last few months showed that he is medically fit.”

Oladejo recalled Tinubu made his knee surgery public and has been moving about since returning from the medical trip.

The Publicity Secretary stressed that the aspirant’s wealth cannot be weighed in monetary value.

“His wealth should be measured by the goodwill and image he has by building men who are willing to play their parts at a time like this. These men are spread all over Nigeria.”

Oladejo maintained Tinubu is not only qualified to be President, he also enjoys the confidence people for distinguishing himself as Governor and contributions to national politics.

The statement expressed confidence that Tinubu would defeat aspirants at APC presidential primaries and at the polls.