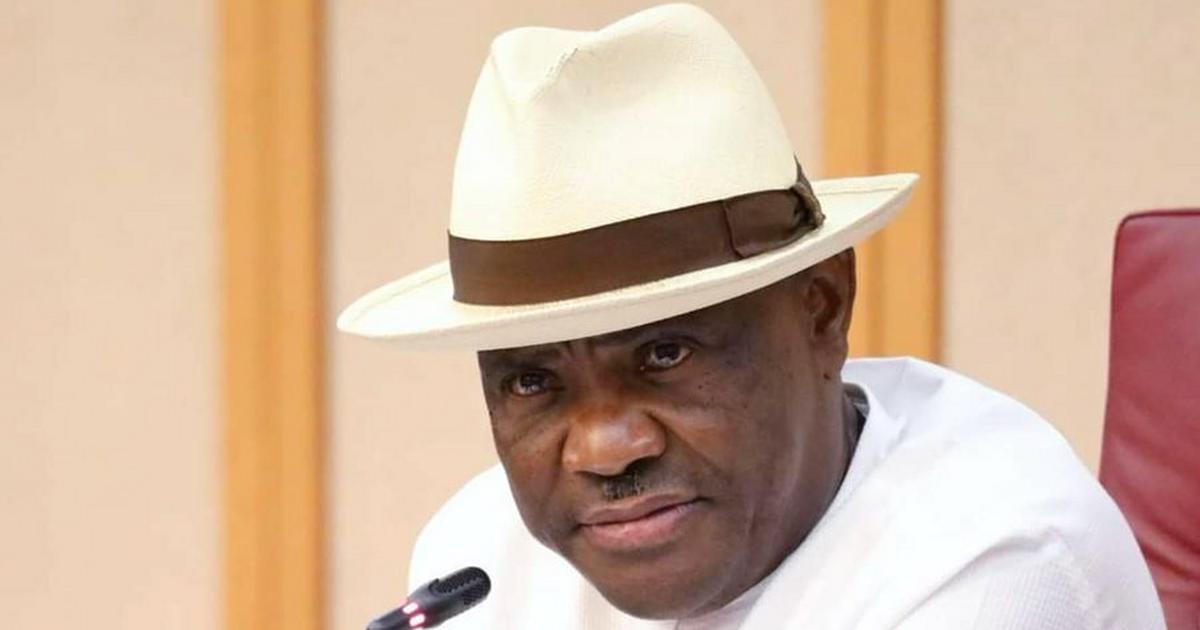 The governor said this at the inauguration of lecture halls, laboratories and offices of the Faculty of Basic Medical Sciences, Bayelsa Medical University in Yenagoa on Saturday.

Wike claimed that Buhari and APC’s greatest fear stemmed from the inclusion of electronic transmission of results in the Electoral Act Amendment Bill.

This was revealed in a statement made available to journalists in Port Harcourt by the governor’s Special Assistant on Media, Kelvin Ebiri.

“They are afraid that if INEC in 2023 transmits election results electronically, that is their end, because they know they will fail,” Wike was quoted as saying.

The governor questioned why the APC-led Federal Government always come up with an excuse to justify Buhari’s refusal to sign the amended bill.

He recalled how in 2019, the president withheld his assent on the Electoral Act Amendment Bill due to the inclusion of compulsory use of card reader.

Wike said, “every time this government and this party find an excuse for not signing the Electoral Act. In 2018/2019 when they inserted the card reader in the Electoral Act Amendment Bill, Mr President said no, it is too early, he would not sign, because they knew that if they had used it (card reader) in the 2019 election, it would have been difficult for the APC to have won.

Wike wondered why Buhari is yet to sign the bill after the National Assembly had made all the amendments as recommended by the president.

“Now again, Mr President said I’m in a dilemma, I’m consulting. What is the consultation? There is a clause that says if a minister or a commissioner wants to run for election, they have to resign, that is why up till now Mr President cannot assent to the Electoral Act Amendment Bill.”

“After all, when I was a minister, I resigned to run for the governorship. I resigned and I won the primaries. So, what is this hullabaloo of not resigning and you keep Nigerians’ fate hanging? Every day, Nigerians are thinking, what is going to be in the future, where are we heading to?” he added.

Meanwhile, Wike has called on the People’s Democratic Party (PDP) to take over power from the APC in 2023 because the Nigeria is bleeding.

He said this during his visit to the former Chairman of the PDP, Senator Ahmed Mohammed Makarfi, in Kaduna on Monday, February 7, 2022.