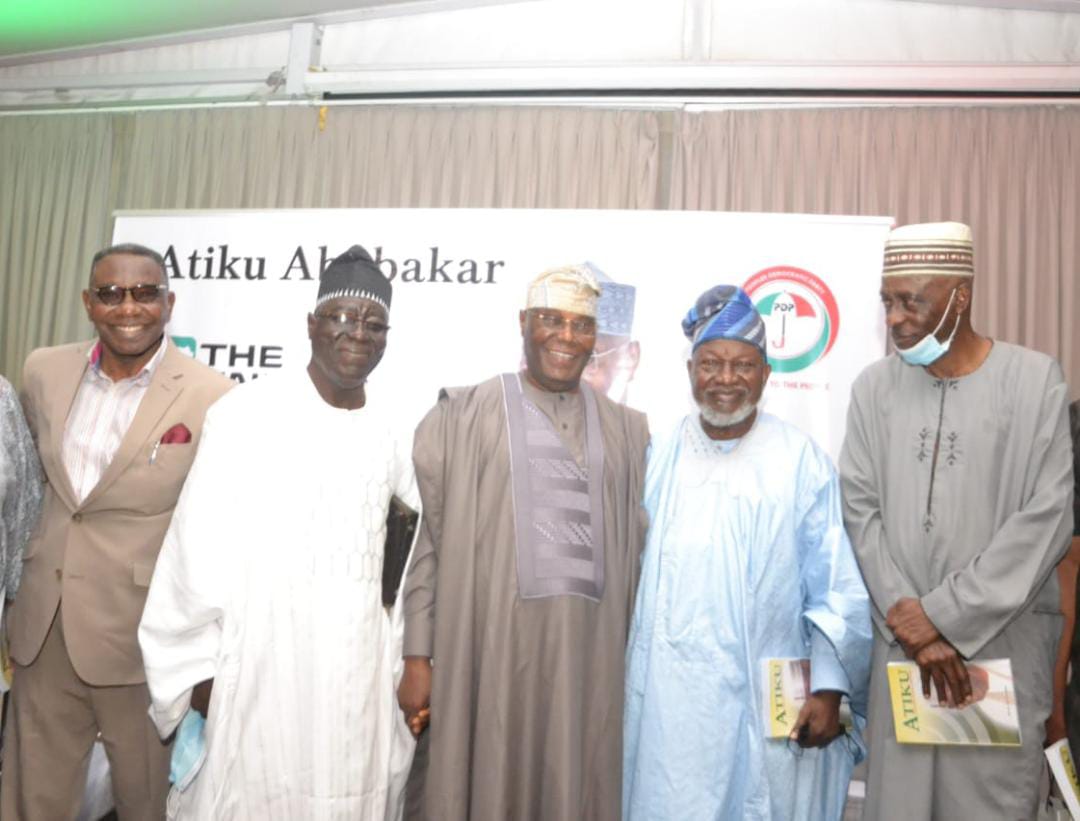 Following his recent declaration to contest the office of the President of the Federal Republic of Nigeria, former Vice-President Atiku Abubakar met with delegates of the Peoples Democratic Party in Lagos State on Friday to seek their support.

Amid cheers and chants of solidarity, Atiku addressed the party faithful, including present and former Lagos State PDP Chairmen, Local Government Area Chairmen, Youth Leaders, and members of the State Working Committee. While reiterating his promise of 40% youth and women representation in his cabinet, the former Vice President expressed his desire to restore a sense of belonging to marginalized Nigerians.

Decrying the state of governance in the nation, he urged the party faithful in Lagos to make the right choice during the 2023 primary election of the party by supporting the most experienced and competent presidential contender with a proven track record of leadership, especially in the areas of security, the economy, and infrastructural development.

Addressing the youths, the Waziri Adamawa said, “Even during the Civil War, it’s never been this bad. Now, more than ever, we are so divided, because people across this country have been treated unfairly under the current administration. This country has never seen the level of insecurity that we are facing today. I am here because I have the requisite experience to govern this country well and equitably, to give everyone a sense of belonging. I am here to appeal to your conscience; you have a historic responsibility to bail out this country.”

The former Vice President, who presented letters of appeal to each delegate, counseled the youth leaders to seek the progress of the nation and shun aspirants offering to buy their votes. “If another aspirant gives you money, take it. But do the right thing for the sake of your own future,” Atiku stated.

In his opening remarks, the incumbent Lagos PDP Chairman, Mr. Philip Aivoji, welcomed the PDP presidential aspirant and called on the state delegates to ensure the party wins at levels during the forthcoming elections.

“I’m glad to receive our presidential candidate. He remains our candidate until we have another congress. All the LGA Chairmen and I are here together as one body. In 2023, by God’s grace, PDP will win all elections, from presidential, House of Representatives, and Senate to governorship and state assembly. In Lagos, everything will be won by the PDP,” Aivoji said.

A former Minister of Cooperation and Integration in Africa, Dr Abimbola Ogunkelu, in his welcome address, highlighted the track record of the former Vice President, adding that Nigerians have all they need to galvanize their institutional processes and fight their problems.

Speaking to Atiku, he said, “Sir, you have your work cut out for you. We have problems with our security and economy. With economic transformation, the issue of power, insecurity, and the like will be solved. With you as president, most of the country’s problems will be taken care of; many people will sleep peacefully and many who have left Nigeria will return home. We have one job to do and that is to make sure you are elected president.”

Another PDP chieftain in Lagos, Olumide Thompson, expressed the support of the youth, whom he said represents 70% of the population.