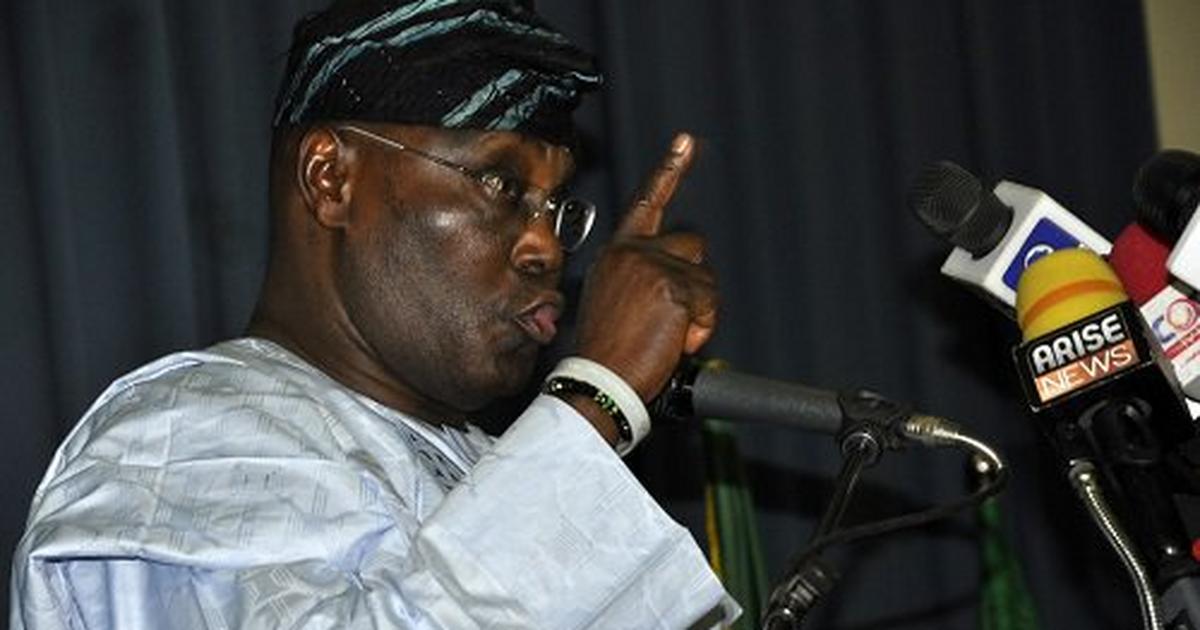 The Chieftain of the Peoples Democratic Party (PDP) said this amid the call on the party to zone its 2023 presidential ticket to the south.

While addressing members of a group, Let’s Fix Nigeria with Atiku, at his residence in Abuja on Thursday, 10, 2022, Atiku said zoning was invented because Nigeria is a multi-ethnic country to give a sense of belonging to every ethnic group in the country.

As a multi-ethnic and multi-religious country, we felt that there should be a sense of belonging. We went and invented this zoning.

“Therefore, we went further to say there should be zonal representation. So, let me assure you that as far as I am concerned, I will observe and implement whatever will bring about the peace and stability of this country.”

Contrary to the call on political parties to present young Nigerians as their presidential candidates for the 2023 elections, Atiku said Nigerians should be looking for someone who has been endowed to lead instead of the clamour for a young candidate.

“Leadership is endowed by God. You can have a young man come and do better than an old man. So, it is an endowed attribute from God, therefore, we should try to look for such a person who has been endowed by God, who has those attributes and then give him leadership”, Atiku said.

The former VP also said that insecurity and poverty had become prevalent in the country.

He added that the country had become more divided than it was during the Civil War.

He said, “I have never seen; this country have so many challenges at the same time. So, sometimes, when I am on my bed, I begin to wonder whether to go for it (contest) or not because the challenges are just too many. In my life, I have never seen Nigeria in such a bad situation.

“We never had this kind of poverty where even the farmer cannot go to farm the food to eat, not to talk of commercial farming. So, I have never seen this country so bad, and it is going to be a daunting task for anybody to come and turn things around.”

Atiku, who was the presidential candidate of the PDP in the 2019 presidential election is believed to be interested in contesting for president again, but the former VP has not officially declared his interest in the 2023 presidency.