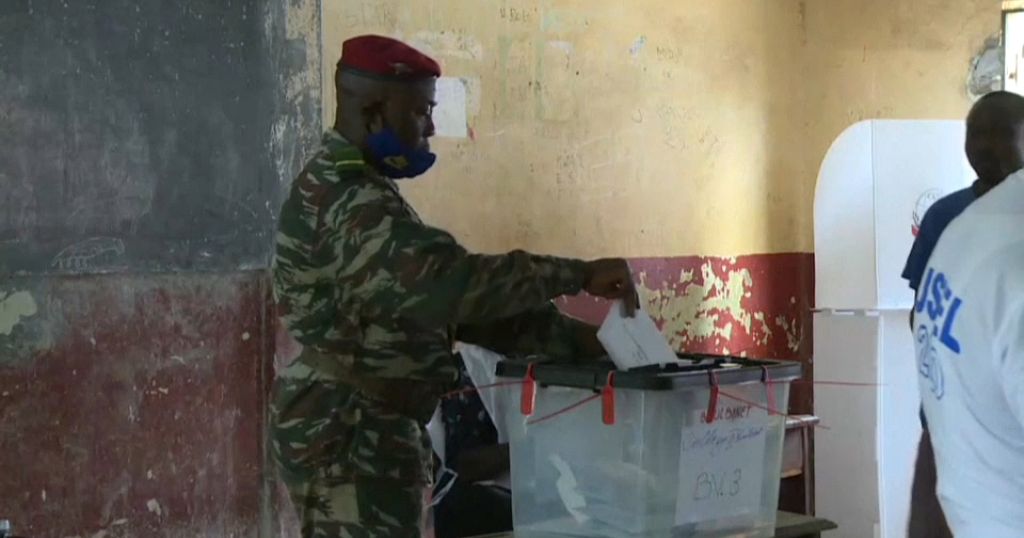 Guineans started voting on Sunday in a tense presidential election which sees the 82-year-old incumbent Alpha Conde running for a controversial third term.

The leader bypassed a two-term limit in March by reforming the constitution. The move sparked mass protests, which resulted in dozens being killed in security crackdowns.

Campaigning for the first round of the vote was marked by insults traded between Conde and his leading rival Cellou Dalein Diallo.

Sporadic clashes between rival supporters have broken out across Guinea in recent days, sparking fears of further violence on polling day.

Guinea’s election is the first in a string across West Africa, which will be followed by Ivory Coast, Burkina Faso, Ghana and Niger.

Activists are concerned if Conde wins, it could bode ill for democratic norms in the region.

Conde promised to boost the economy of the nation of some 13 million people, to tackle corruption and increase Guinea’s lamentable electricity access.

He has pledged to make Guinea “Africa’s second (economic) power after Nigeria”.

But Guineans interviewed by AFP expressed deep frustration about the state of the country, regardless of their political stripes.

The country is rich in minerals such as bauxite, iron and gold, and has abundant fresh-water resources. But it is still one of the poorest countries in the world.

“In 10 years, Alpha Conde has done nothing,” said Aminata Barry, a 36-year-old opposition supporter, adding that he had made “only promises”.

But Conde has a bedrock of supporters who hail his efforts at economic revival.

“Despite his age, we want him for the future of our youth,” lawyer Sekou Diakate, 47, who was among thousands attending a Conde rally told AFP on Friday.

Some 5.4 million registered voters are due to cast their ballots, and initial results are expected to be announced several days afterwards.

A second round is scheduled for November 24.