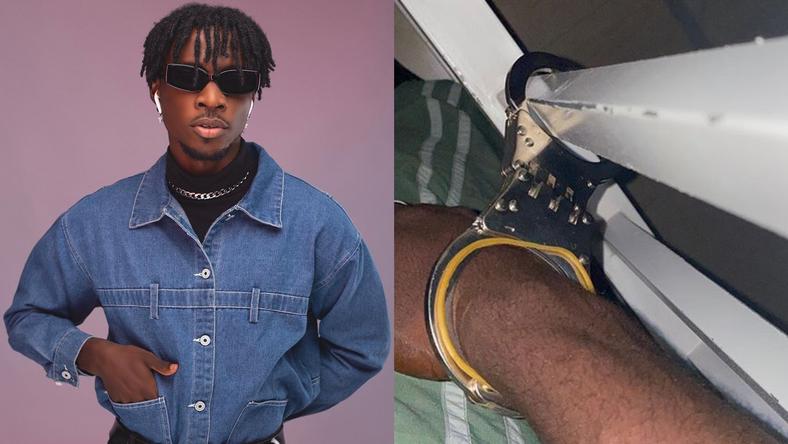 According to Incredible Zigi, the incident occurred on Saturday, October 17, at American House, East Legon.

In a series of Instagram posts, he disclosed that he was arrested without any credible reason and compared the situation to the SARS situation in Nigeria.

“Arrested for no reason on my Birthday ah…. Guys no where safe…this whole SARS things is already happening here in Accra o,” he revealed in one of his posts.

He said in one of his videos that the police arrested him because of his looks (for those who do not know him, he has dreads and most of the time, he appears funky).

The videos he shared online shows him handcuffed to a metal gate and left unattended to.

He was later released but revealed that he paid bribe after his release.

“Guys, I’m safe! I just got released. But did we have to pay? What is going on?” he revealed.