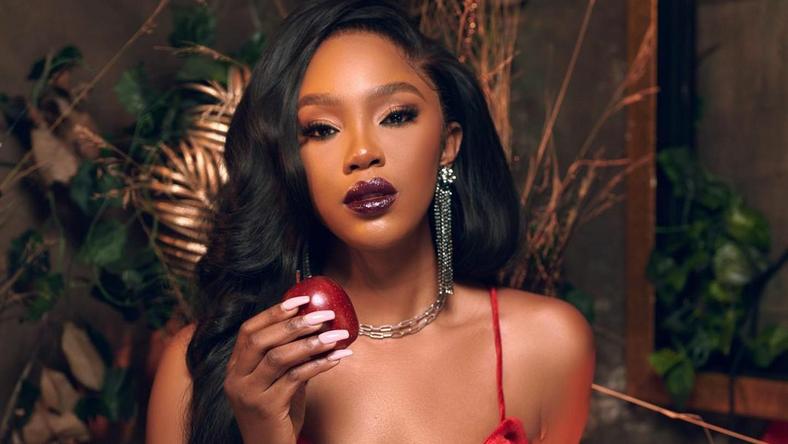 The country is so synonymous with the illicit trade that some regions are described as the capital of human trafficking.

When Netflix announced in September 2020, that it was going to star Sharon Ooja as its lead character in the movie ‘Oloture’ which exposes the dangerous and brutal underworld of human trafficking, critics and lovers of Nollywood couldn’t wait to see the crime drama.

We spoke to the actress about her role in one of the most talked-about movies in Nigeria. The first question was her reaction when she was given the script for the movie

“My first reaction when I got the script was shock because it was a very very deep story but I think I was slightly taken aback but I felt like it was such an important story that had to be told and for me, as an actor, it was a challenge so I was happy to be part of such a project. I was happy about the script,” she said.

Preparing for a role as an undercover journalist in a crime world isn’t one we get to see in Nollywood every day. For Ooja, it took her a lot of research into the world of human trafficking and prostitution.

“Okay, It took quite a lot for me to prepare for this character. I cant relate with the character in any way because I am naturally a bobbling person while she is a strong-willed, strong-headed, extremely impulsive…I had to watch a lot of YouTube videos, googled a lot of girls who have been trafficked,” she said.

“One in particular struck me. There was one about this Edo girl who had gone to Dubai. She had promised her madam about $20k – $50k and she couldn’t pay. Because she couldn’t pay, her madam stripped her naked, recorded her, and posted it on Facebook and it went viral. And it was just disheartening. I remember watching that video and felt like crying. Things like that prepared me for this character.”

“In terms of weight loss, I lost about 3kg for the movie. When I first got on set, I was about 65kg. I was extremely well fed but I still lost a lot of weight because I don’t do well with emotional stress and the character was emotionally draining. I had a badly sprained ankle to be honest (laughs) I sprained my ankle and it hurt for almost a full year. But it was worth it, to be honest.”

Ooja says she auditioned for the Oloture role six times. According to her, she initially didn’t get the memo about how to dress for the auditions. However, despite the little hurdle she went on to nail the character.

“For the auditions for this movie, I was auditioned for about 6 times. I have said it before that I didn’t get the memo when I was called via email. I was supposed to not wear makeup and have my natural out but the other girls got the memo. The most challenging part was when I kept getting called back for auditions,” she said.

“I didn’t understand that I had already been picked so I was getting worried that why are they always calling me back, is it that I am not doing well but apparently they had picked me already but they kept calling me because they wanted to do a chemistry test with other cast members.”

“Initially, when they picked me, the name of the movie was another name and they called me to ask what tribe I was and I told them I was Idoma and I heard they had changed the character’s name to Idoma because they wanted me to play an Idoma girl. I was so happy when I heard that.”

The actress gave more insight into the challenges she faced while trying to perfect her role in the movie, Oloture.

“Another challenging thing about the movie was that, you know when you read about people that have been raped, you only feel pity and sadness but because you haven’t experienced it then you don’t understand the gravity of what they went through and the emotions they must have faced,” she said.

“Getting into character. I think because I had already gotten into character, filming the rape since was so crazy for me emotionally because I was like wow so this is what someone who is being raped goes through? Being forced against their own will. Just acting it made me feel so down. Those were the challenging parts for me.”

Ooja said that the movie allowed her to show the other side of her acting career. According to her, it was a chance to do something different from the stereotype ‘baby girl’ roles she has become famous for.