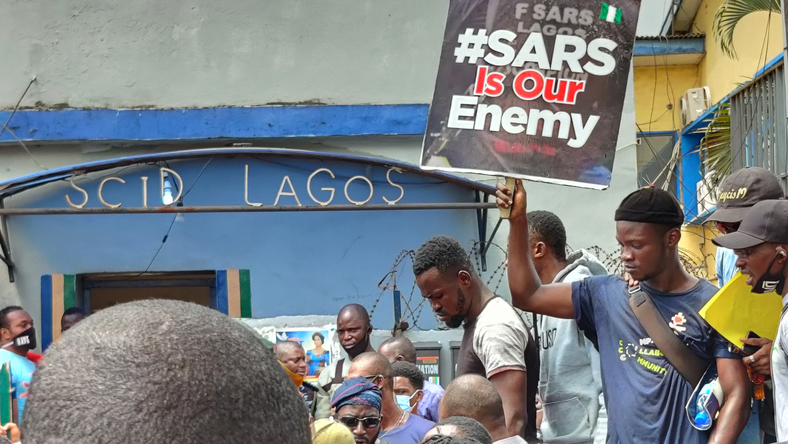 “Our attention has been drawn to the needless and irresponsible politicising of the #EndSARS nationwide protest by the opposition PDP.

“It will be recalled that the Lagos State Government since the commencement of the protest march around different parts of the state has been supportive.

“The Governor, Mr Babajide Sanwo-Olu, and his deputy have taken turns to address the protesters, identifying with the issues at stake and assuring of the state government sympathy.

“The governor, in keeping with his promise, went ahead to present the terms of the resolution of the crisis to President Muhammadu Buhari in Abuja,” Oladejo said.

According to him, in addition, the state government ensured that all the protesters arrested were released.

He added: “It is worthy of note that the most important responsibility of any worthwhile government is the protection of the lives and property of the citizens as guaranteed by the 1999 Constitution.

“The #EndSARS protest seeks to enforce this provision within the ambit of the citizens fundamental human right to life and dignity.

“As a party, we are all concerned about the incessant incidents of police brutality which largely remain unchecked.

“There’s no doubt that no one is immune against the lawlessness of a police force trained and sustained by the taxpayers money.”

He said, however, the recent turn of events at the protest today gave serious cause for concern with the attack launched by hoodlums on armless and peaceful protesters.

Oladejo said that such attack was in bad taste.

“The attempt in the social media, sponsored by the opposition PDP, to hold the state government responsible is to say the least, the height of bitter politics.

“However, our investigation has revealed that the PDP would like to take advantage of the spate of protest to cause mayhem because of the October bye-elections in the Lagos East Senatorial District.

“Our intelligence has revealed the plans to unleash further attacks on the protesters, especially in the Kosofe Local Government in the days ahead.

“As the ruling party, we are mindful of our role to support the government especially as regards the citizens rights and the delivery of our electoral promises,” he added.

He called on law enforcement agencies to be alive to their responsibility to protect the citizens of the state from any untoward development that could disrupt peaceful co-existence.

He urged the opposition party to revert to issue based campaign.

The News Agency of Nigeria (NAN) reports that the PDP in a statement earlier indicted Sanwo-Olu over the attack, giving him 24 hours to fish out the hoodlums that attacked the protesters in Lagos.