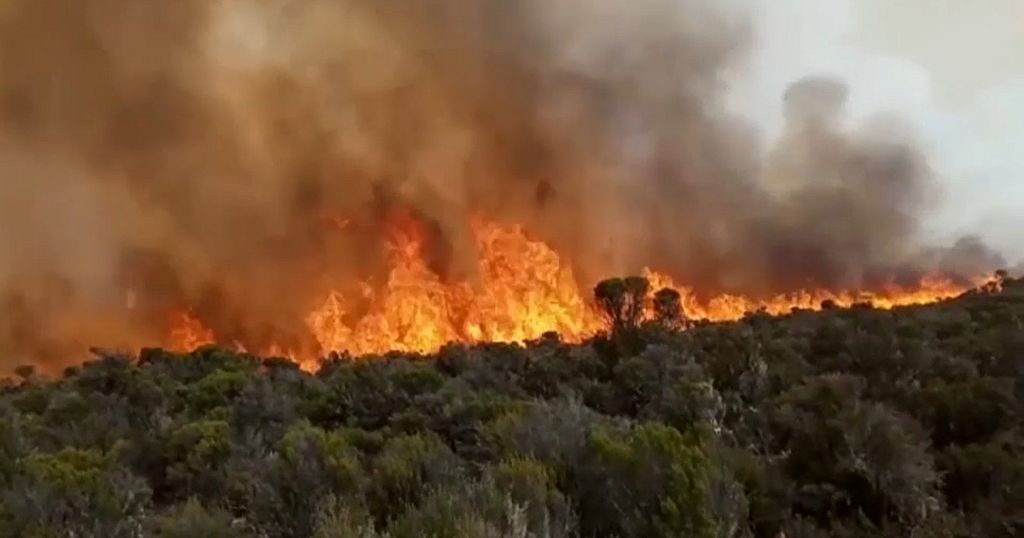 Tanzanian authorities said 500 volunteers have been trying to put out a fire on Africa’s tallest peak, Mount Kilimanjaro.

The flames could be seen from miles away.

A Tanzania National Parks statement said the volunteers have managed to limit the fire’s spread.

“A big percentage of the fire has been contained by the multi-agency team which has been working since early morning,” Shelutete said.

He said the fire may have been caused by a worker warming food for tourists.

“Tourism activities are still going on,” he said and assured tourists of their safety.

The mountain is popular with hikers and climbers.