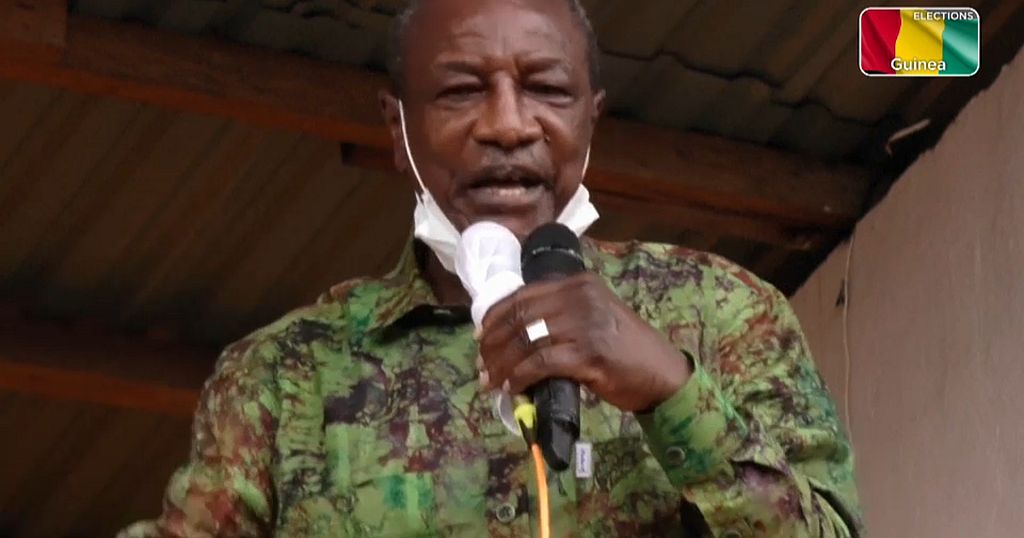 After the President of Guinea Alpha Condé participated in a meeting with Nzérékoré, Lola, Macenta and Guéckédou early on Monday in the forest town of Kissidougou in the southern region of the country, he arrived at the town’s stadium later that afternoon to address the public in light of the violence in the Kankan region — which broke out in protest of the blocking of the procession of the main political opponent Cellou Dalein Diallo the day before.

The ruling RPG party candidate was animated, “They’ve come to tell you that I’m sick, that I’m lying down, that I can’t get up so, I’m sick, I’m sick!”

During his speech, the head of state expressed his regret over the violent outcry as he called for the protesters to calm down and also took a moment to dispel any opposition any rumours about the condition of his health recently put out into the media supposedly by the political opposition.

In addition, he promised the crowd that Guinea will soon be the second major African power after Nigeria.

Meanwhile, UFDG candidate Diallo urged — via videoconference, the international community to condemn democratic regression in Guinea including the exclusion of international organisations from accompanying the elections.