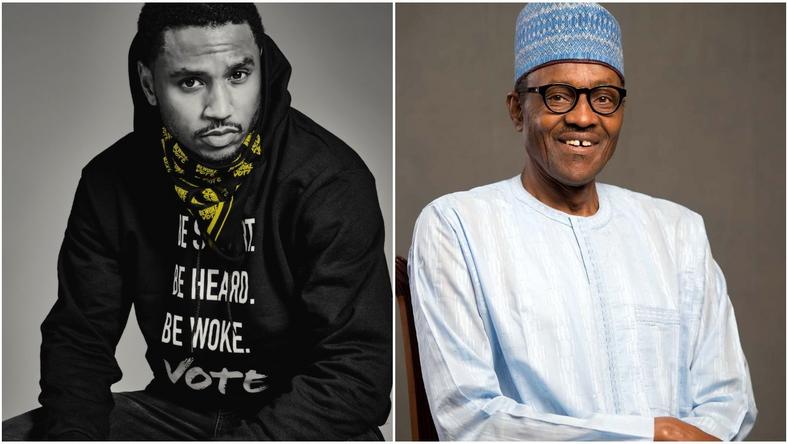 The president had earlier taken to his official Twitter page on Friday, October 9, 2020, where he tweeted about being kept abreast about the reforms effort in the Nigeria Police Force.

“I met again with the IGP tonight. Our determination to reform the police should never be in doubt. I am being briefed regularly on the reform efforts ongoing to end police brutality and unethical conduct, and ensure that the Police are fully accountable to the people,” he tweeted.

Just like millions of Nigerians and foreigners who have reacted to the president’s tweets, Songz didn’t mince words as he called him out.

“The people saying you full of shit fam,” he tweeted.

The president and his entire administration have received severe backlash from citizens since the #EndSars protest began.

Recall that a few days ago, Nigerian music star, Wizkid blasted President Buhari and told him to address the problems in his country rather than wishing the US President, Donald Trump quick recovery from COVID-19 infection.