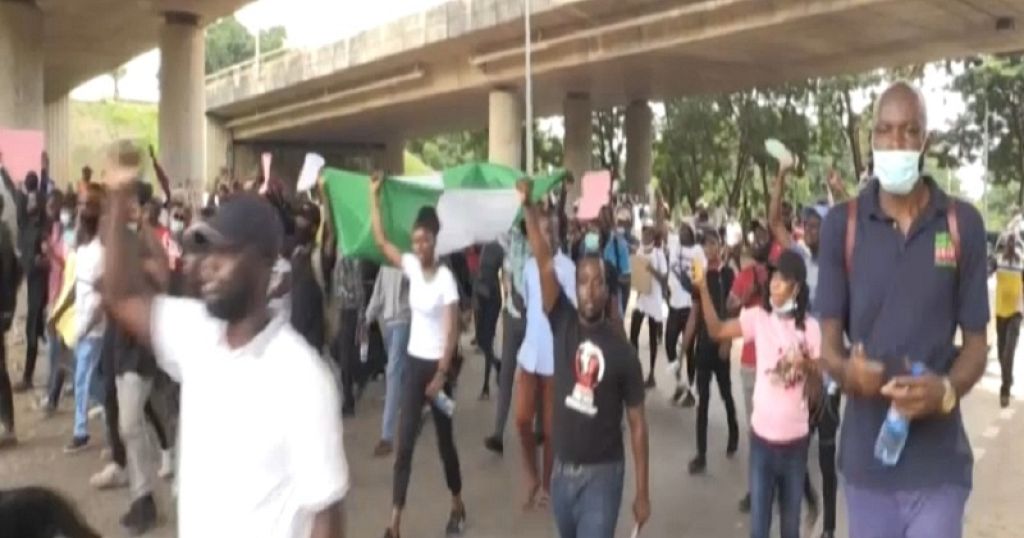 Around 2,000 Nigerian youth were back on the streets in protest on Monday — blocking a main highway in the country’s economic hub, Lagos, as they put added pressure on the government to concretely honour the pledge to dissolve the Special Anti-Robbery Squad. A police unit which has been accused of unlawful arrests, torture and extra-judicial killings.

An impassioned civilian in the midst of the march expressed her incredulity, “They will tell us that they’ve disbanded them and then later we will see them on the road again. We no longer believe them. We want President Muhammadu Buhari to give an executive order, that’s when we will believe that SARS has officially been disbanded by the Federal Government.”

One person was killed by security forces on Saturday in Ogbomoso, in the southwestern Oyo state, while another passed away on Monday amid clashes between police and protestors in Surulere, Lagos State.

The Nigerian government has publicly stated that both incidents will be investigated, but many of the young are beyond exhausted by the promises.

After decades of intimidation and brutality by law enforcement, aggrieved Nigerian youth first launched the #EndSars movement in 2018 on social media — which eventually revived by way of 1.5 million tweets last week and culminated offline as the nation vibrates with the sound of raised voices in an unprecedented move towards social justice in the country.